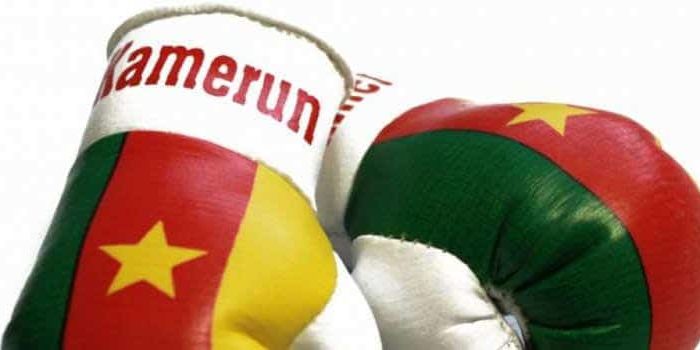 Nidang comfortably came through against Algeria’s Nour El Houda in the Republic of Congo’s capital, winning the fight by unanimous decision on all five of the judges’ scorecards.

El Houda was sent to the canvas during the bout as the Cameroonian prevailed.

Aubiege Yannicke was similarly impressive against another Algerian in Khelif Hadjia, doing enough for a 4-1 majority verdict.

He will now meet Botswana’s Otukice Rajab Mohammed in the final, a 4-1 decision winner over Sankuru Heritier Nkolomoni of the Democratic Republic of Congo.

Another Algerian made the men’s lightweight final as Reda Benbaziz won a 4-1 verdict against Mauritius boxer Jean John Colin.

His opponent will be Nicholas Okongo Okoth of Kenya who was given a walkover against Moroccan Mohamed Hamout.

In the welterweight division, Uganda’s Muzamiru Kakande edged a 3-2 decision to defeat Nkumbu Silungwe of Zambia.

He is now due to face a final against Mauritius boxer Merven Clair, who won by unanimous decision against Egypt’s Walid Said Mohamed Sedik Mohame.

Cameroon could win another gold in the men’s light-heavyweight class with Yombpo Ulrich Rodrigue a unanimous winner against Mbachi Kaonga of Zambia.

He must get past Morocco’s Chouaib Ouahdi who disappointed home fans by ending the hopes of the Republic of Congo’s Ngalebaya Rodrigue, 3-2.

In the super-heavyweight division, Cameroon’s Fokou Fosso Arsene advanced against Egypt’s Uosry Rezk Mostafa Hafez with the fight stopped in the second round.

Uganda’s David Ayiti awaits in the final after his unanimous win over Carlos Mbuyi Masia of Angola.