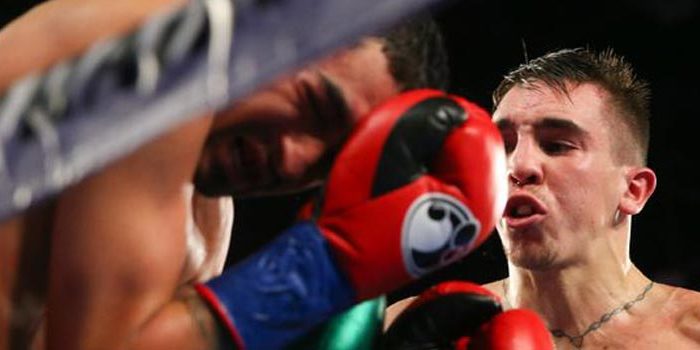 Clonard Amateur Boxing Club is hoping to inspire many more champions after moving into its fantastic new premises.

The West Belfast club has opened for business at its new training base at the old NIE substation at Gortfin Street.

Clonard’s proud boxing tradition was moulded in its old home at the Blackstaff complex on the Springfield Road.

Now the club is hoping to continue scaling the heights at its new location.

“We were formed about 16 years ago by my brother Patrick Graham, my daddy Patrick Graham Snr and a fella called Jimmy McGrath,” said coach Peter Graham.

“We have produced countless Irish and Ulster champions over the years, and we hope to continue doing that in these wonderful new facilities.

“We opened these new premises last Monday and they are top class. Everyone is buzzing about it.

“A lot of hard work was put into this, and it is a couple of years in the making. We needed new premises badly, and a lot of people put in a lot of time and effort to get us here.

“It means a lot for this area. It is brilliant. Most of our boxers are from this area, so they are local boys.”

Artwork on the side of the new facility depicts one of Clonard’s most famous sons.

“Michael lived close to here, and he boxed for us from about 8-10 years, and then he left for St John Bosco for many years. But he came back to finish his amateur career with Clonard,” Peter added.

“He went to the Commonwealths, Europeans and Olympics through us which was brilliant. Michael is probably one of our most famous boxers.”

Clonard has approximately 50 boxers on its cards, welcoming boys and girls in through its doors each week.

“We are open three nights a week, but if we have a competition coming up we will open every night,” Peter added.

“We want more champions to come out of Clonard in the future. These kids can be those champions.”

The club will hold its end-of-year show on Friday night at Trinity Lodge before taking a well-earned rest over the summer.

“We have a big show on Friday night when we give out our annual awards,” Peter added.

“We will also have 12 fights on the night. It is great for the young boxers.”