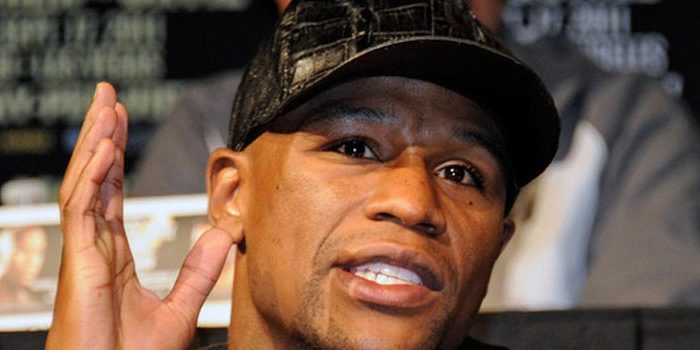 Floyd Mayweather will have a full itinerary when he embarks on his week-long trip to West Africa.

This is the centerpiece to his health initiative, called Boxing Meningitis Away From Africa.

The boxing legend-turned-promoter is set to arrive with his 18-person team in Nigeria on June 12th, where he will stay through June 14th.

Mayweather is expected to assist in charity efforts, such as setting up a boxing academy. There is talk of a charity exhibition bout with Speaker of the House Yakubu Dogara.

Mayweather, 40, will also meet with Nigerian entrepreneurs to discuss potential investments and collaboration. He will visit several states in the country, including Anambra. He will tour several camps housing internally displaced people.

Mayweather is set to arrive in Accra, Ghana on June 15th, where he will spend two nights. Organizers Upscale Entertainment and the Multimedia Group are the organizers for this stay.

The proclaimed T.B.E. (The Best Ever) will pay a courtesy call to President Nana Akufo-Addo and Otumfuo Osei Tutu.

There will be a fundraising dinner that day. He is also expected to meet with Black Stars soccer captain Asamoah Gyan. Gyan is the head of Baby Jet Promotions, a boxing outfit. Mayweather is expected to attend a boxing event the eve of June 16th.

It’s a major philanthropic effort. Mayweather’s trip may open avenues for other athletes to do the same. It could also inspire him to maintain contact with his brethren overseas. No word on whether he will confirm a potential Conor McGregor bout, but it appears his schedule is busy enough as a promoter outside the ring.

This trip comes on the heel’s of Evander Holyfield’s visit to Nigeria. The heavyweight boxing legend donated $3 million in medical equipment. He also pledged to open up a boxing acadamy for Nigerian youth.

Mayweather first visited in Africa in 2014, when he toured South Africa. He retired from boxing in 2015, following a lucrative career that netted him $800 million. Finances aside, he is widely considered the best boxer of his generation and one of the best ever, finishing with a pristine 49-0 (26 KO’s) record in multiple titles through five divisions.