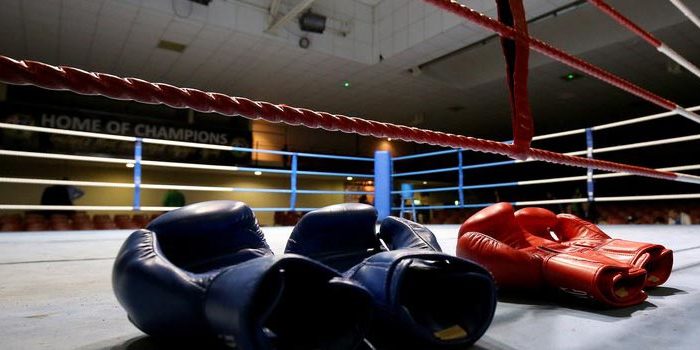 The rumbling dispute between Sport Ireland and the Irish Athletic Boxing Association (IABA) doesn’t appear to be any closer to a resolution following talks on Tuesday.

The sides met to discuss a number of matters, with the ultimate sanction of a funding withdrawal still hanging over the IABA, though informed sources say that this nuclear option isn’t likely to be triggered in the short term.

Amongst the sticking points are team selection, the role and autonomy of High Performance Director Bernard Dunne and the governance of the body.

The IABA currently has two chairmen. Joe Christle is recognised by Sport Ireland as the head of the organisation, however five members of the board of directors approved David O’Brien as an alternative chair, leading to deep divisions within the body.

Ireland currently has nine boxers preparing for the European Elite Men’s Championships in Ukraine, though controversy surrounded the selection of Dean Gardiner (below).

Dunne proposed Martin Keenan as the nation’s super heavyweight representative, but the IABA’s board put forward Dean Gardiner. A box-off between the two was eventually held, which Gardiner won.

The IABA have also yet to implement the recommendations made in a report drafted following the Irish boxers’ spectacular flop at the Rio Olympics last year, which included a failed drugs test and no medals.

This is just the latest in a round of meetings between the two sides, with Minister for Sport Patrick O’Donovan also having sat in. Last week the Minister claimed he was still none the wiser as to who was in charge of the IABA following extensive talks.

Sport Ireland channels around €1.1m of taxpayers money towards the IABA, much of which goes on funding it’s high performance unit. That amount fell by €200,000 following last year’s Rio failure.

However, Sport Ireland CEO John Treacy has warned the the tap on public funds will be turned off completely if Irish amateur boxing doesn’t get its house in order and he has set a deadline at the end of the month.

A statement outlining the next step in the process is expected to be released by Sport Ireland on Wednesday.