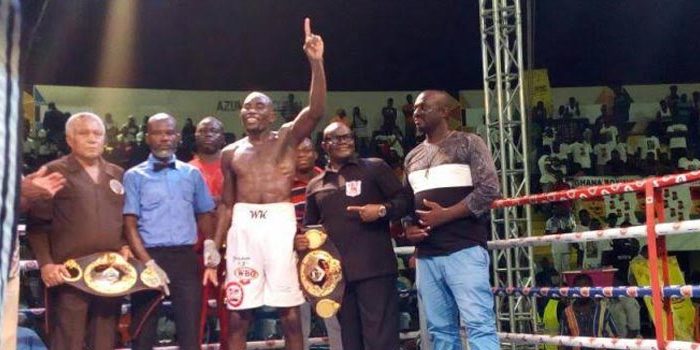 Kautondokwa controlled the fight from the get-go, using his size and super strength to dictate the action. Sai was game but simply outclassed in front of fellow Ghanaians at Bukom Boxing Arena in Accra, Ghana.

The end came swiftly in the fifth, as a crunching left hook drove Sai to the canvas. The Ghanaian was too woozy to continue, forcing referee Roger Barnor to call an end to the action.

Kautondokwa, now 15-0 (14 KO’s), is in line to challenge for the WBO World middleweight belt, currently held by Billy Joe Saunders. The 32-year-old slugger may have gotten a late start on his career but is capitalizing on it. He’s got next in a long line of Namibian boxers who  have burst onto the boxing scene in recent years.

The anticipated showdown was promoted by Lions Promotions and featured a healthy turnout  at the open-air arena in spite of steady rain throughout the day.