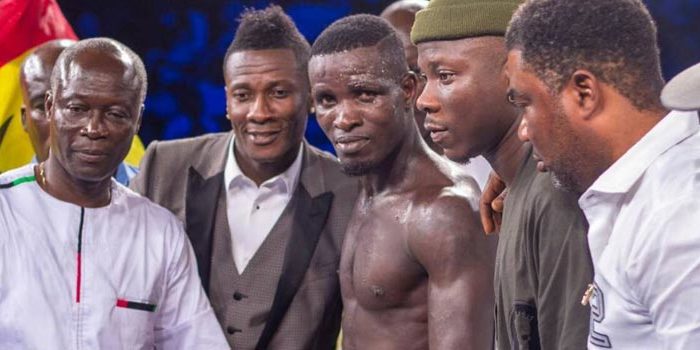 BoxingAfrica.com spoke to the calm and confident Sai, along with Lions Boxing Promotions General Manager Michael Kofi Oduro, as they prepare to make Ghana proud.

Obodai, how has training been going for this camp?

OS: Training is going well, I have stepped up my training because this is a bigger fight. I moved to camp with my coach a few weeks ago and we are well-prepared.

Tell us about your opponent, Walter Kautondokwa.

OS: I don’t know my opponent too well because I haven’t been to any of his fights and there are no videos of him online. But for any boxer to fight 14 times, winning all and 13 by knockout, and for him to be a champion, you must have a lot of respect for him. I know I’m fighting a champion.

What qualities do you bring to the table that will enable you to victory?

OS: I’m not bringing any special quality; what if I do and that fails? I’m a good boxer and I’m coming to box. What I need is endurance to fight the 12 rounds and I have trained for that. I only have to box well and also defend well. I’m confident Walter will not leave Ghana undefeated.

You lost in your first fight in the U.S., back in 2014. What did you take from that experience?

OS: I was not ready for that fight, but that is history. I have gotten over that long ago.

What has changed about you since then?

OS: Now, I have good managers who are not interested in using me as a money machine but rather to prepare me to be a champion. There’s direction and a plan, we are not rushing. We’re taking it one step at a time and we will surely get there. I want to thank my Promoters and Managers, Victor Ahiakpor who is President of Lions Boxing Promotions, and our General Manager, Michael Kofi Oduro.

It seems as if Ghana and Namibia have the premier boxers in Africa. Do you see a potential rivalry brewing and what are your thoughts on that?

OS: I do not think so. Ghana is the reference point when it comes to boxing in Africa and we have no competitor. Namibia is doing well and will play second fiddle to Ghana. They can’t match Azumah Nelson, D.K. Poison, Ike Quartey, Joshua Clottey, and Joseph Agbeko just to mention a few.  Our challenge is we are not receiving that same level of corporate support they enjoy in Namibia. If things do not change here then they will catch up with us and overtake us in the future.

Finally, give us your prediction – we know you believe you will win, but how will you win?

OS: Boxing is a game, win, lose or draw but in this case a draw means defeat for me. I will win. We are ready to go twelve rounds. If I get the knockout on the way then hallelujah and if I win on the scorecards, I will still take the titles home. But my management has assured me that me there will be no foul play in this and so I will win and win fairly.

Michael, this is a well-matched main event with meaning. How did this fight come about?

MKO: Sunshine Promotions expressed interest in their boxer, Walter Kautondokwa, fighting ours, Obodai Sai. They did that through WBO supervisor Samir Captan. They later followed up with an email to us. That sparked a series of conversations and we accepted. Then we agreed for the fight to take place in Ghana. We were all open to fighting anywhere, be it Namibia, Ghana, South Africa or anywhere. We settled on Ghana after giving thought to several considerations.

Assuming Sai wins, how far away is he from a title shot?

MKO: He will still be far from being the mandatory challenger if he wins but he will be in the top 10. We are not in a rush to get him there. At the same time, we would take that title opportunity even if it comes a day after the fight against Walter.

Billy Joe Saunders currently holds the WBO middleweight title. Do you feel Sai’s style matches up well with his?

MKO: Sai is an even better boxer than Saunders. It’s unfortunate that if you are based in Africa, your journey to a world title shot is way longer than those in the West. Anyone who has watched the two can tell that Sai is a better boxer. Saunders can give him a try if he wants.

What are your goals for Lions Promotions in 2016?

MKO: Our goals this year includes signing at least two more boxers in addition to Obodai Sai. And getting Obodai Sai in or very close to the top five of the WBO Rankings and getting another body, perhaps the IBF, WBC or WBA, to include Sai in their rankings.

Can you give us some background on the organization – how it came about, who are your other fighters, and any upcoming events?

MKO: Lions Boxing Promotions and Entertainment is a growing promotional and management firm that has Victor Ahiakpor as its president. Victor Ahiakpor is the founder of the former Ghana Premier League campaigners, Heart of Lions Football Club. He oversaw boxing alongside football but after quitting football entirely about two years ago, his love and investment in boxing has grown tremendously.

This is the kind of card boxing in Africa needs. Not only are you witnessing two of the best from African nations, the bill has some top local rivalry fights, including a National super lightweight championship fight between Kpakpo Allotey and Tackie Annan.

Michael Ansah will engage Patrick Okine in a fierce lightweight contest. Emmanuel Martey will sort things out with Kofi Johnson. The highest-ranked Ghanaian boxer, Rafael Mensah—who is ranked no. 3 by the WBA in the super featherweight division—will take on Edward Kambasi.

So, while we continue to cultivate fighters to maximize their potential in the ring and their earnings outside of it, we are also looking to grow the sport within the country and stretch it to other countries in Africa and all over the world. 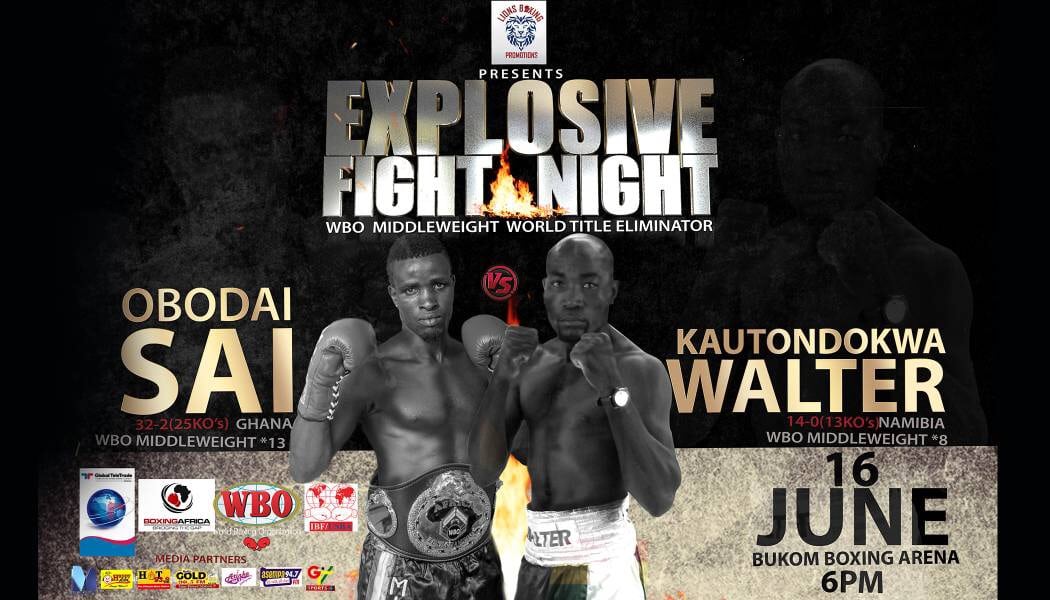