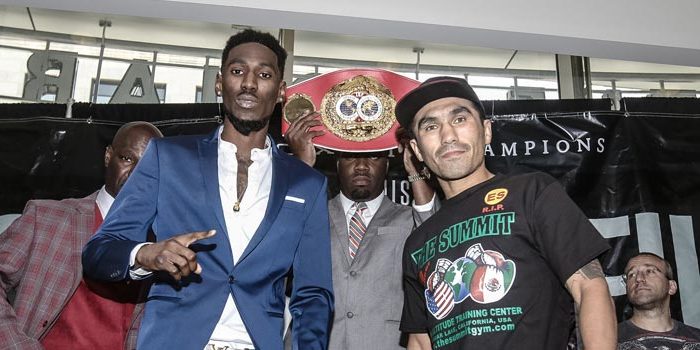 Here is what the fighters had to say Wednesday from the Huntingon Center:

“We’ve had a real tough camp. Every day I’ve been pushed by team and I thank them for that. They put me in the position that I need to be in.

“I understand that Shafikov is a really tough fighter. They’ve always said the guy in front of me is tough. I’m not here to talk about all the close fights he’s almost won. I will be the first man to stop him.

“Where I come from, we don’t play games. Especially when it comes to somebody taking something from us. We’re not going to let that happen.

“I’m thankful for everyone that came out here and everyone who helped put this great card together. I’m just excited to get there in the ring and stand next to him.

“I have an advantage in reach, but Shafikov is a tough opponent who’s coming to fight. I’m going to show-off my skills and be the first to stop him.

“I just have to be me. If you’ve ever seen me fight, you can see that I always stay composed. You’ll see the same thing in the ring on Friday.

“When you get in that ring, it’s only me and him. These great fans can’t help me, only my fists. I’m focused on taking control of the fight. I know how to adjust and be a professional in there if I have to.

“It’s been eight tough weeks of training camp and I can’t wait to have this beautiful city behind me. On June 30, it’ll be man down!”

“I believe that this is my time. It’s my third title fight and this will be the time that I take home the belt and reach my dream.

“I give 100 percent every time I step into the ring. I know that this will be an exciting fight but I also know that I have to do whatever it takes to win the title.

“I’ve been able to bounce back after my last two title defeats and make myself a better fighter each time. You will see that on Friday night and I will be victorious.”

“I appreciate everyone coming out to support the fight. This is really a great card. I watch Robert a lot on television and I can see that the fans here are really supporting him. I’m looking forward to an excited crowd.

“Joshua Conley and myself will put on a really good fight, and I expect to come out on top and get back in that win column.

“I’m ready to challenge anybody in the division and I’m going to show that I’m back on the right track this Friday night.”

“I’ve put in the hard work during camp to get a big victory and put myself on the map in the 154-pound division.

“I know that I’m fighting a really good fighter. This is my opportunity and if I knock Julian Williams out, I’ll be right in the mix with the best super welterweights in the world.”

Premier Boxing Champions on Bounce will be available to be streamed via via Bounce’s new subscription-video-on-demand service Brown Sugar, which features an extensive and one-of-a-kind library of iconic black movies as well as Bounce original programming and series. The new service is available for mobile phones and tablets in the Google Play Store and iTunes App Store as well as for Amazon Kindle Fire tablets in the Amazon Appstore and for computers at www.BrownSugar.com. There is a free initial trial period for subscribers with a retail price of $3.99/month thereafter. Brown Sugar has Google Chromecast capabilities which allow video to play on televisions directly from mobile devices available for consumers with Android and iOS devices.