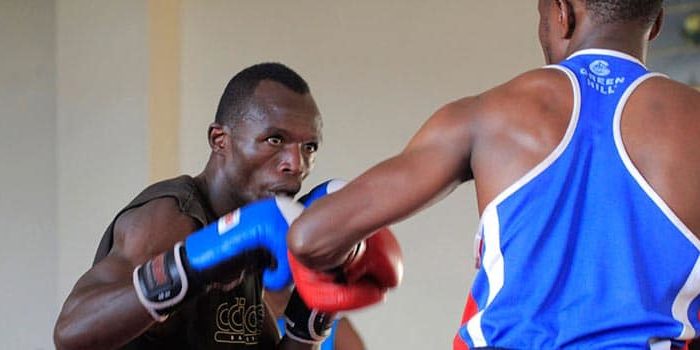 Boxers from the Rwanda National Boxing Team are blaming officials of the local boxing governing body, RABA, for missing out on the ongoing African Continental Boxing Championships in Brazzaville, the Republic of Congo.

The boxers have faulted the RABA for the missed opportunity accusing officials of failing to follow proper procedures when preparing the team.

One of the pugilists, who preferred not to be named alleged that  the federation officials including RABA president Vicky Kalisa are to blame for the mess that led to the trip being cancelled at the last minute.

“This is a missed opportunity but it also goes to show how our federation fails us. We wasted out time and at times resources to come for training every day for over a month. They should compensate us for the time we wasted. We had hoped to win at least a medal but now we shall never know if indeed we would have won,” said the boxer.

The Ministry said they cancelled the trip because RABA did not put the team in residential training camp and they thought that it would be a waste of resources to take an ill-prepared team to the continent’s flagship boxing tournament.

The aggrieved boxer added that, “They lied to the Ministry that we are in residential training camp, yet we were struggling to even get transport from home to come for training at Amahoro stadium, even feeding ourselves. The federation officials never even appeared to hear our grievances.”

“We were supposed to be looked after as a national team that is going to carry the national flag but that never happened no wonder the Ministry cancelled the trip because the whole process was a mess.”

Team coach Emmanuel Muhumuza, who was supposed to travel with the team but surprisingly got information at the last hour that he would not and was replaced by RABA boss Kalisa, said the boxers have a very reason to be angry.

He said that, “Taking part in the Continental Championships was a great opportunity to weigh ourselves against the best in Africa at the highest level. As coaches, we kept inspiring the boys to work hard no matter the conditions.”

The Director of Sports in the Ministry of Sports and Culture, Emmanuel Bugingo explained that it is the duty of the ministry and not the federation to facilitate national teams, including residential training, travel arrangements and any other requirements.

“There are proper procedures to follow, and since the boxers never went into residential training camp it means they were not well prepared and not ready to compete with other teams. We just don’t send a team for the sake of it,” he stated.

Meanwhile, RABA Spokesperson, Thomas Nkusi partly blames the ministry for not sending any official to monitor the team’s preparations and because of that, “They’re not right people to decide if the boxers were well prepared or not.”

Rwandan boxing never seems to run short of any drama ahead of major championships. In 2011, light-welterweight Maurice Bikorimana left the country for the World Boxing Championship in Baku, Azerbaijan but was thrown out of the hotel because he could not afford to pay for accommodation.