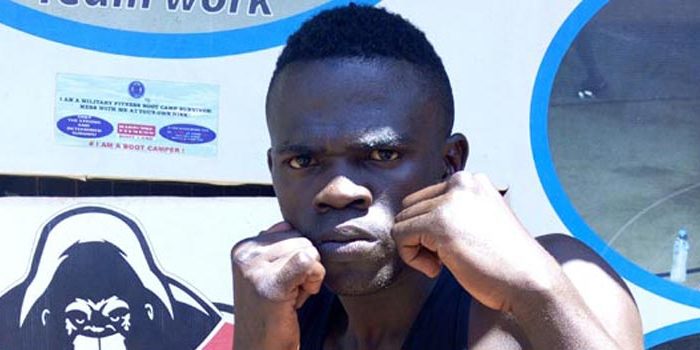 Shadir, 20, looked a very improved boxer in the last one year and oozed confidence throughout the build-up to Africa’s most prestigious amateur boxing tournament but inexperience could have denied him the all-important victory against 2014 Glasgow Commonwealth Games gold medallist.

Meanwhile, two Ugandans joined David ‘The Dragon’ Ayiti into that vital medal bracket, booked that ticket to the more coveted World Boxing Championships in Hamburg, Germany and can only dream for more in tomorrow’s semi-finals.

Welterweight Muzamir ‘King Kong’ Kakande once more walked his loud talk by furiously knocking out Algeria’s Younes Nemouchi in the second round last evening. Doing it ‘Amin’s way’—knockout—was just what he needed considering that Ugandans always complain of biased refereeing against Arabian fighters.

To seal a successful day for Uganda, bantamweight Geoffrey Kaketo luckily squeezed through the semis after his opponent Benin’s Martin Kouassi Klaklevi, was disqualified for biting the Ugandan in the second round.

Friday is a resting day; the semi-finals begin tomorrow and the finals come Sunday.

In the 2015 edition, five of the eight Ugandans reached the semis and four qualified for the World Championship in Doha, Qatar.