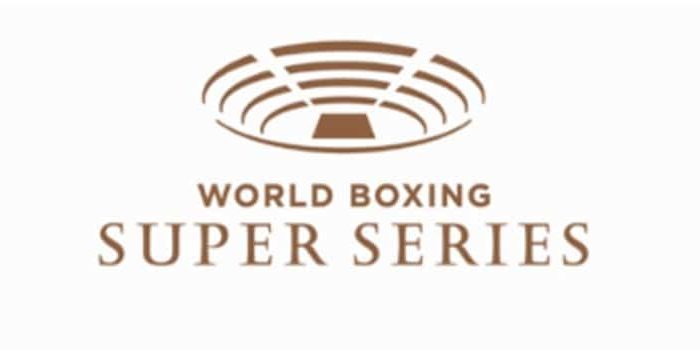 Boasting a combined record of 99 wins and 3 losses along with 72 KOs, Gassiev, Briedis and Wlodarczyk can´t wait to get in on and write history.

“It is an honor to be in the World Boxing Super Series,“ said Gassiev, who holds the IBF title. “This is the best fighting the best. I have never lost a fight, I am the IBF champion and I look forward to winning the other belts as well to cement my position as the best fighter in the division!“

WBC Champion Briedis is also thrilled to participate. “This is the Champions League of boxing and I am going to prove that I am the world´s best cruiserweight,” he said. “The competition will be tough, but to be the best, you have to beat the best.”

Wlodarczyk, the former IBF & WBC Champion who now occupies the number one spot in the IBF rankings, is equally confident of success. “I will stamp my authority on the division by beating the best cruiserweights out there and winning the World Boxing Super Series,” he stated. “There is a reason the winner gets the Muhammad Ali Trophy. He was the Greatest of all time, and the winner of this tournament has the right to call himself the greatest cruiserweight of our time.”

Saturday will mark the first anniversary of Muhammad Ali´s death. Roberto Dalmiglio, Comosa´s Head of Management Board, paid tribute to the GREATEST of all time. “Nobody will ever forget what Ali has achieved,” he said. “He was the GREATEST of all time because he defeated the best opponents out there. The World Boxing Super Series is all about the best fighting the best, and that is why we named the trophy after him.”

With three high-profile signings confirmed and many more to come, the stage is set for an exciting tournament. “The quest for the Muhammad Ali Trophy has officially begun and we are thrilled to welcome two unbeaten world champions and a top-ranked challenger, who is a former champion, to the World Boxing Super Series,” Dalmiglio said. “They have accepted the ultimate challenge to determine the best cruiserweight in the world.”

Season 1 of the World Boxing Super Series will feature the cruiserweights and super-middleweight divisions. In each weight class, eight top fighters will battle out a bracket-style elimination tournament. There will be four quarter-finals (September / October 2017), two semi-finals (early 2018) and one final (May 2018), which makes for a total of 14 high-class fights. “We have received a massive amount of applications for both divisions,” said Kalle Sauerland, Comosa`s Chief Boxing Officer. “The best fighters are lining up to be in the tournament. Just like the fans, they love the format and the fact that there will only be one man standing at the end.”

Richard Schaefer, Comosa`s Chairman of the Americas, added: “We promised you the biggest names and champions in the divisions and here we are delivering. More names will follow shortly. We simply can’t wait to get the action started!”

The quarter-final pairings will be determined during the Draft Gala in Monaco in early July. In each weight class, the four top-seeded boxers (which will be determined by the Comosa Board) will select their quarter-final opponents from the four unseeded boxers. Once the pairings are set, the exact fight dates and venues will be announced. Details about the participants in the super-middleweight division will be revealed shortly. For more information, please visit www.WorldBoxingSuperSeries.com or follow @WBSuperSeries on Twitter, Facebook or Instagram.

ABOUT THE WORLD BOXING SUPER SERIES

Organised by Comosa AG, the World Boxing Super Series will kick off in September 2017, featuring the Cruiserweight and Super Middleweight divisions. In each weight class, eight elite boxers will battle it out in a bracket-style elimination tournament, with four quarter-finals (fall 2017), two semi-finals (early 2018) and one final (May 2018). This makes for seven top fights per weight class, and a total of 14 fights in season 1 to be staged in premier venues around the globe. The winners of the World Boxing Super Series will rightfully receive the GREATEST prize in boxing, the Muhammad Ali Trophy. Please visit our website www.WorldBoxingSuperSeries.com for more information or follow @WBSuperSeries on Twitter, Facebook, or Instagram.