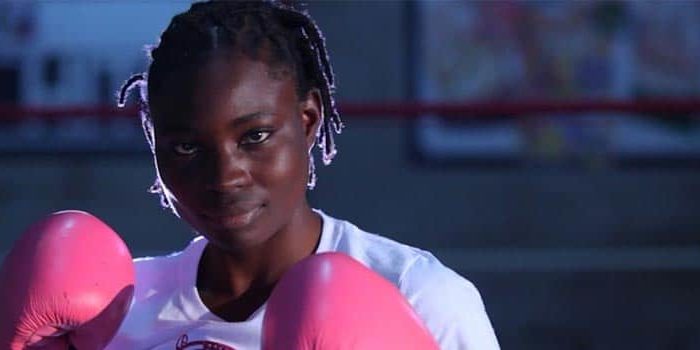 “I know Zarika is a refined, seasoned fighter and one of the best in the world,” said the 30-year-old Phiri, who boast of 13 wins and two losses (13-2-0). “I know I will be facing a different Zarika but this one will be fire-to-fire and I can guarantee that.”

Phiri relinquished her WBC World bantamweight title to Mexican Mariana Juarez in a unanimous decision on April 1, this year in Mexico City.

The Zambian, who had defended the WBC title twice, had only lost once before Mariana did the damage. Many analysts thought Phiri won the fight. Her last bout was against Tanzanian Flora Machela whom she knocked out on July 2 in Dola, Zambia.

Zarika also knocked out Machela in her last warm-up bout on February 18 in Nairobi ahead of her WBC title defence that has been on-and-off.

Phiri reckoned at the press conference at the Carnivore Thursday that she faces an uphill task by virtue of having once held the WBC world title.

“I am not promising anything now but I came here for some good results. We are all fighting for that belt,” said Phiri. “I know what it takes and it will be important if she is to win.

Phiri said that it was a great honour being the first African woman to hold the WBC world title, when she outclassed Yazmin Rivas for the WBC bantamweight title on January 30, 2016.

That was months after she failed in her bid for the same belt against Christina McMahon on May 2, 2016.

“My victory put African girls on the world map and a clear manifestation that there is talent here. I felt nice for Zarika since its tough wining outside Africa,” explained Phiri, adding that she had done everything to prepare the bout, as she called on Kenyans to turn out in numbers and celebrate women boxing.

“It won’t be about Zarika and Phiri, but women boxing.”

The WBC cancelled her mandatory title defence rematch against Jamaican Alicia Ashley on August 4 in Texas, USA after the promoter failed to pay her for the previous bout.

Zarika, who has been nicknamed Iron Fist, dethroned Ashley off the WBC title through split points decision on October 1, last year in Michigan, USA, making history as the first Kenyan to win a WBC World title.

Zarika, who now has 29-12-1 said she has prepared well in the USA for four months. “Mikono ndio itatembea kama kawaida sasa.”(It’s now left for my fists to do the talking as usual),” said the 35-year-old Zarika.

The fight’s promoter, Ejay Mathews of Bigger Than Life Entertainment, said the he has also lined up two more title fights in his Mac Series show that will start at 7pm.

Entry charges range from Sh200 to Gold VVIP of Sh8,000 depending on the sitting arrangement and dinner among other things.