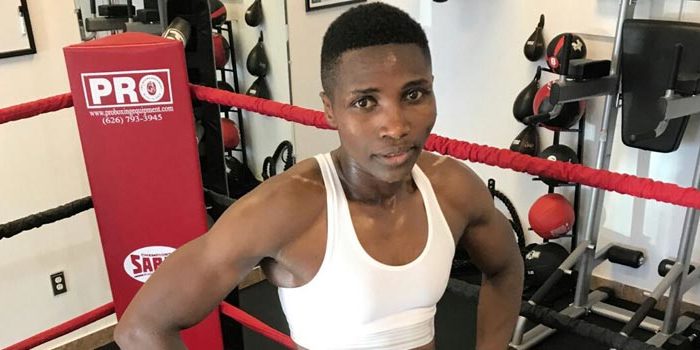 After defending her WBC super bantamweight title against Zambia’s Catherine Phiri, Kenya’s Fatuma Zarika has set her sights on a third bout versus American Amanda Serrano.

Zarika retained her title last weekend via ten-round unanimous decision against Phiri, the rugged former world champion. But it’s the two losses she suffered to Serrano, a premier boxer, back in 2015 that she wants to avenge.

Zarika, 32-years-old, told the Kenyan press that she’d like one more try at Serrano before hanging them up within the next 12 months.

“I have one more year in the ring,” she explained. “I will defend this title three or four times next year then quit.”

“I want a rematch with Amanda Serrano from the US,” Zarika continued. “I have fought her before and she really gave me a hard time, but now with the good training facilities, thanks to the sponsors, I believe I can beat her.”

Zarika trained primarily out of Las Vegas, Nevada, for her latest title defense. The results of her labor showed against Phiri, who she outclassed over the distance.

Serrano is a step up in class, but given Zarika’s recent improvement, it could be one of the best fights women’s boxing has to offer.

There other opponent’s who’d like a crack at Zarika, including Nigerian-born Helen Joseph. Joseph stopped Elizabeth Anderson in two rounds last month in Atlanta, Georgia.

The possibilities are endless for Zarika. The champion also called on the Kenya Boxing Federation to show greater support for the sport and upcoming fighters in the country.

“The boxing federation is not as strong as it should be, and not everyone who is there has the will to help the sport grow because of their selfishness.

“We need to change the approach for the sport to grow, because as you have seen from the crowds on Saturday, the sport has massive following.”