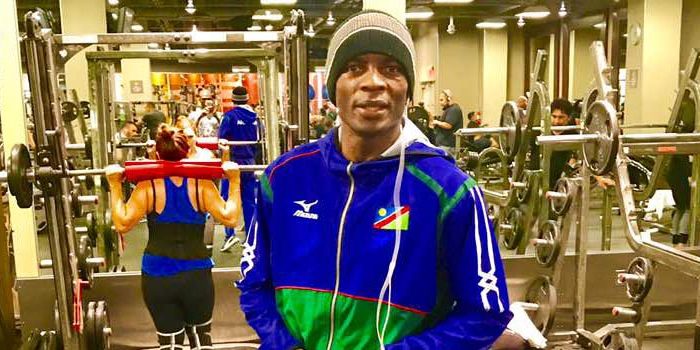 THE MTC Sunshine Academy is set to lose its biggest star yet with news that former unified world junior welterweight champion Julius Indongo is terminating his association with the country’s most recognizable stable.

The ex-WBA, IBF, and IBO world titles holder is no longer training at Sunshine and has reportedly signed with an American establishment, a development that has irked Indongo’s long-time promoter Nestor Tobias who has sought legal recourse.

News of Indongo’s split from Sunshine surfaced on 26 November when his supposed new associates from across the Atlantic wrote to Namibian police chief Inspector General Sebastian Ndeitunga requesting for Indongo to be granted leave of absence to prepare for his return to the ring.

A police officer by profession, Indongo’s last fight was in August when he lost to Terrence Crawford in an epic four-belt unification bout in Omaha, USA where the LB Courage to Change Boxing Club (Carter Connect), which the Namibian boxer has reportedly joined, is based.

Upon learning of the request, Tobias wrote to Carter Connect, demanding that they refrain from contacting Indongo or representing the fighter.

“We are a professional boxing stable and expect the same from Carter Connect. If you wish to do business with Indongo or us, we advise that you follow the correct procedure,” Tobias said.

That prompted Indongo’s lawyers Katjaerua Legal Practitioners to respond to Tobias on Sunday, saying that the boxer had “no valid and legal exclusive promotional contract with MTC Nestor Sunshine Boxing & Fitness Academy.”

Furthermore, and in concluding that Indongo was a free agent who could conduct business with whomever he wishes, the lawyers threatened take legal action against Tobias should he “persist to use our client’s name or purport to act on his behalf.”

Tobias representatives Sisa Namandje & Co. Incorporated shot back on Thursday, claiming that Indongo’s legal team lacked understanding of the subject at hand and furnished a copy of the agreement purportedly signed on 4 February 2015.

“We therefore hereby place your client on terms that he has no right whatsoever to engage any other promoter or seek to unlawfully resign from the agreement without the consent of our client,” Namandje & Co said. “Kindly therefore advise your client to immediately refrain from engaging in repudiatory actions inter alia engaging other parties on matters covered by the agreement.”

Tobias, who is in South Africa for Immanuel ‘Prince Naidjala’s IBF Intercontinental bantamweight title fight against Mzuvukile Magwaca tonight, added that: “We will now allow the legal process to take due course and do not wish to comment on this matter any further.”

In another twist, trainer and matchmaker Immanuel Moses, younger brother to Sunshine’s first world champion Paulus Moses, also confirmed he had severed ties with the stable for unspecified reasons and will pronounce himself on the issue next week.