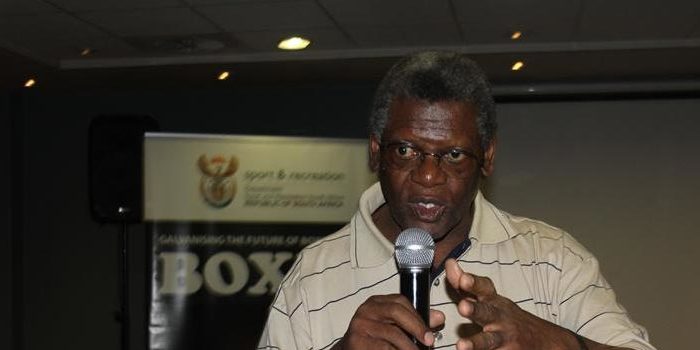 Johannesburg – Reappointed Boxing SA (BSA) board chairperson, Dr. Malefetsane Peter Ngatane, regards his new role as an important one in the administration of professional boxing in the country.

The 63-year-old medical doctor from Dube in Soweto says he is determined to steer his team towards perpetuating the ideals of the previous BSA board – thereby refining the once-ailing sport.

Ngatane was appointed this week by Sport and Recreation Minister Thulas Nxesi to lead the seven-member board.

The new board’s term will end in November 2020.

The tenure of the previous office was due to expire on May 31, but was extended until November 30.

Ravele was the first woman to occupy the senior position since BSA came into being in 2001.

Ngatane first took over the BSA baton from Dali Mpofu in 2007 and was in office for three years.

He is upbeat about taking over from the previous board, which “did a sterling job for boxing”. He will ensure that his team continues the work done by their predecessors.

“In my view, the BSA team under Ravele did a sterling job by refining the sport that was previously in disarray,” said Ngatane.

“Our focus as the new board will be to continue the good work done by the previous board, by bringing back the dignity and stability in the running of boxing in the country.”

He could not shed much light on his board’s new plan of action, save to say that he was yet to meet his new team officially and plan the way forward.

One thing Ngatane will not back down from is ensuring that boxers get quality fights and become financially viable.

Ngatane is a former boxer who fought under the banner of the famous Dube Boxing Club.

“We need to ensure all the fights sanctioned by BSA are of good quality to enable our boxers to compete for decent purses,” he said.

Ngatane, who is also president of the African Boxing Union in the southern region, said some of his duties in the organisation would be shared by other members serving on the committee.

“My main focus now will be getting the BSA administration on a good footing. I won’t have as much time for African Boxing Union as I did before.”