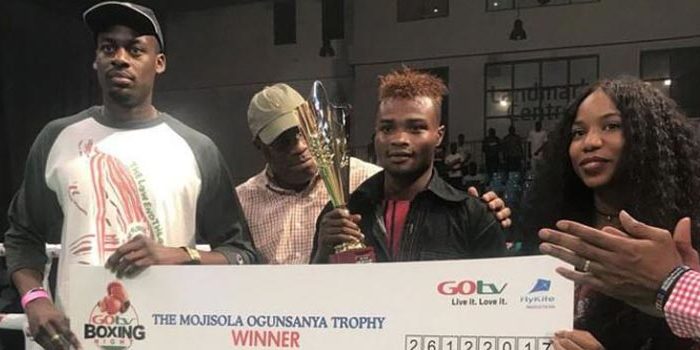 Debutant, Rilwan “Scorpion” Oyekola, was second runner-up and won N500, 000. He knocked out Jimoh “Hogan Jimoh Jr” Lukman in the first round of the lightweight challenge bout.

Joseph knocked out Abdulrahim Ahmed of Egypt to win the ABU lightweight title, while Fijabi knocked out Shadrack Ignas Kobero of Tanzania to claim the light welterweight title.