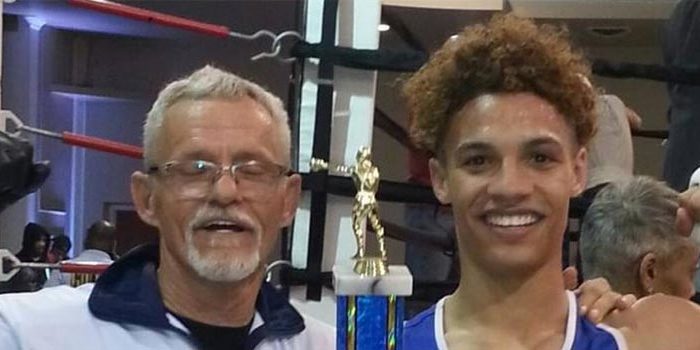 And two fighters returned to the Belleville Boxing Club with championships.

Larry Wade, 28, of Alorton, is the St. Louis novice super heavyweight for the second year in a row. Avaon “AJ” Graham, a 21-year-old Belleville resident, won the 132-pound novice class with a second-round knockout in the title bout.

Graham, who graduated from Belleville East, took a second-round blow to his chin, slipped and was forced by the referee to take an eight count. Less than 20 seconds later he connected a straight left and right hook combination to drop his opponent.

“That eight count was more of a fluke stumble than anything because he wasn’t hurt,” Reilly said. “But AJ put him to the mat so hard you’d have thought a 300-pound man had fallen to the canvas.”

Reilly said Graham will fight again this weekend and may be entered in the Ringside amateur tournament held annually in Kansas City.

“I think we can make AJ a champion,” Reilly said.

Wade, who fights at nearly 300 pounds, outlasted a leaner opponent for his 10th win in as many fights. With his 10 fights and two titles under his built, Wade will have to graduate to the open class.

“He fought a guy who was 6-3 and muscular and if you’d have seen the two standing together you’d have thought Larry would was going to get beaten,” Reilly said. “But we knew the guy tired. Once he punched himself out, Larry landed some punches that made the crowd go ‘ooh and ah.’”

The Belleville Boxing Club was established in the former Remmick Hardware building at Bellevue Park Plaza at the intersection of West Main Street and North Belt West. Ernie Kitterman, the former middleweight boxing champion and kickboxer from Belleville, and Reilly provide free training to anyone interested.

The gym is supported by a donation box by the door and a GoFundMe page: https://www.gofundme.com/ironmangym.