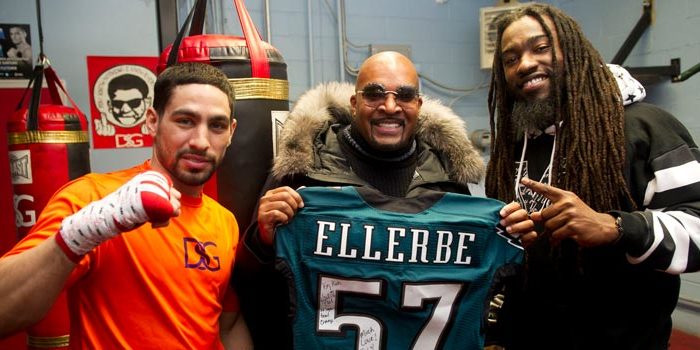 Tickets for the live event, which is promoted by Mayweather Promotions and TGB Promotions, are on sale now and are available at AXS.com.

“At the end of the day, everyone at welterweight has to prove themselves. The pieces will fall into place. Eventually we’ll all fight each other. I’m just going to keep taking it one fight at a time.

“I’m excited to get back in the ring. I feel rejuvenated. My body feels fresh. Training camp has gone really well and now it’s time to get in there and go to work.

“I learned from the Keith Thurman fight not to leave anything in the hands of the judges. It was a close fight that could have gone either way. I have to go for the kill, so it is what it is.

“I was just enjoying myself for a little bit after the Thurman fight. I knew that I’d be back so it was good to get some time with my family and away from boxing. Now I’m back and ready to go.

“This is a new chapter in my career. There are new obstacles to overcome. Just like I’ve always had in my career. I’m going to take it one fight at a time so I can get back to where I belong.

“Once you’re a champion, you’re always a champion. On February 17 I’m going to show everyone why I’m one of the best fighters in the world.

“I’ve had my best performances in Las Vegas against Amir Khan and Lucas Matthysse. Las Vegas is where the stars fight so I’m happy to be fighting there again.

“I’ve been preparing for everything. I’ve been working on boxing and brawling; it’ll just depend how I feel when the fight starts. I’m going to be ready for 12 rounds regardless.”

“Just to know how starving Philadelphia has been for a Super Bowl championship, and to bring the first one, it’s a great feeling. These fans give you energy and make you play better.

“It’s all love between the Philly athletes. We all show up for each other’s events and support each other. That’s really big to have a supportive community and I’m sure everyone will be rooting for Danny next Saturday.”

“Danny knows he can’t take anything lightly because Brandon Rios will be prepared. But he’s not going to win. Danny Garcia has never taken a beating; he gives them out.

“Brandon Rios better keep his hands up. We’ll be ready in one week for Danny Garcia to be at his best. You’re going to see him once again show his great skills.”

“Garcia vs. Brandon Rios is a great stylistic matchup. Rios is a very aggressive fighter who likes to put pressure on. Danny is a boxer-puncher, but I think you see that Danny really comes forward. He’s a guy who’s boxing skills are underrated.

“Danny Garcia has been a unified champion and shown he’s one of the best fighters in the world. Come February 17, he’s going to make a big statement. There’s a lot of justified talk about other welterweights, but Danny Garcia is a name in this division who is here to stay.