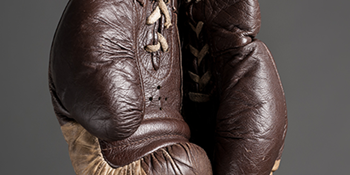 From hosting bouts at a dance hall at Rocky Glen Park, to putting a ring on Franklin Avenue in downtown Scranton, to renting a circus tent for an outdoor show in Pottsville, Long has not shied away from trying something new.

So, when the Pennsylvania Golden Gloves approached Long about possibly hosting the Central District semifinals and finals, he wanted to again try something he had not done in 32 years as a boxing promoter: host cards on consecutive days. At a press conference Thursday at Dickson City Hyundai, Long announced the cards, Back 2 Back, which will be March 23 and 24 at Genetti Manor in Dickson City.

“The Golden Gloves asked if I would like to buy both,” Long said. “In my mind, I really wanted to do two shows back-to-back. It’s something I always wanted to do. Logistics-wise I think it would be unique to see them fight and then have everyone come back again the next night.”

The Central District tournament will begin March 3 in Lancaster with Back 2 Back serving as the semifinals and finals. Rosario Mesiti, Joe Vegas, Sinclair Wright, Nelson Morales, Marty Henahan and Deron Elias from the Irish Boxing Club and Adrian Diaz from Hazleton are scheduled to compete in the tournament.

Both nights will also feature a Masters Division amateur bout that is not affiliated with the Golden Gloves. On March 23, Shawn McFadden of Moscow is scheduled to fight Richie Montano from Oregon and on March 24, Jim Babkowski of Avoca will fight Don Eton of Exton. The cards are being treated as separate events and fans will need separate tickets for each night.

“We decided to keep separate tickets and keep the prices the same even though the franchise cost for the finals increases tremendously,” Long said. “I was going to combine them, but what if a family comes and buys a combined ticket and their son loses on Friday night? I didn’t want to upset anyone.”

Long said the Golden Gloves had some concerns about running the semifinals and finals on consecutive nights, so he began searching for another tournament with a similar schedule.

“We were looking for anything that had been a tournament at the amateur level and we found the ‘Diamond Belt’ in Philadelphia,” Long said. “They do three straight days and we presented it to the Golden Gloves and said ‘this has been done’ and that kind of settled the case.”

Other past shows that Long has promoted include on the tennis courts at The Hideout and in the parking lot at the Vault Tap & Kitchen. But he points to the circus tent in Pottsville as the biggest.

“We called it the ‘Hoedown with a Showdown’ and I flew in a live band from Nashville,” he said. “It was an all-day event. In the day, you had the band and at night you had the boxing. And I rented a circus tent and we had 3,000 people come to the old Pidgeon Shoot field in Pottsville.”

Running cards on consecutive nights presents some issues, but Long is excited to again bring something different to the area.

“It’s something different to get our promotion out there,” he said. “Trying to mix it up and not just have a gym atmosphere. Most amateur boxing is held in high school gyms. I am looking for uniqueness to my shows to get boxing alive in Scranton. People like unique things.”