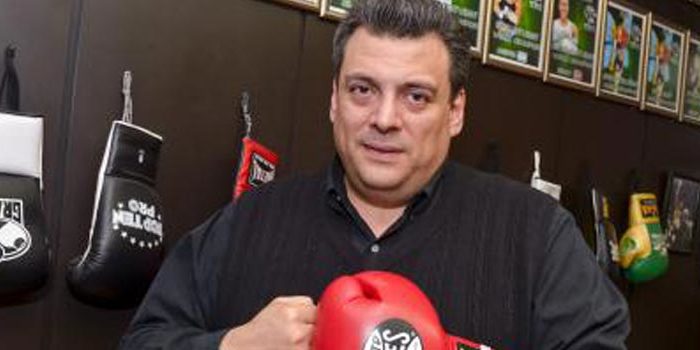 World Boxing Council (WBC) President Mauricio Sulaimán has launched a campaign called “Yes to boxing in the Olympics” in the wake of threats to axe the sport from the Games.

The International Olympic Committee (IOC) has warned that they could remove boxing from Tokyo 2020 amid concerns over the sport’s governance.

IOC President Thomas Bach highlighted a series of issues surrounding the International Boxing Association (AIBA) after the IOC Executive Board meeting in Pyeongchang on Sunday (February 4).

Chief among them is the appointment of Gafur Rakhimov as President despite his alleged links to organised crime.

AIBA was already in crisis after Taiwan’s CK Wu was forced out as President amidst a power struggle and reported financial problems.

“The IOC reserves the right to review the inclusion of boxing at the Youth Olympic Games Buenos Aires 2018 and Olympic Games Tokyo 2020,” an IOC Executive Board statement read.

They also confirmed a financial suspension remained in place.

Specific concerns raised include “issues surrounding the new Interim President”, the lack of “clarity” around finances, the failure of an approved project to reform the referee’s system and the absence of a “robust anti-doping programme.”

Bach also said they have not yet accepted AIBA’s claim that no bouts at the 2016 Olympic Games in Rio de Janeiro were affected by match-fixing.

AIBA must deliver a report by April 2018 to the IOC.

Sulaimán has claimed the problems between the IOC and AIBA are putting boxing at risk, with the WBC President alleging the “poor administration of the last years” had put the sport’s place at the Olympics at risk.

The WBC claimed the official has shown “genuine concern” over boxing’s Olympic future which has lead to the campaign and a petition being established.

Sulaimán wrote: “We cannot allow other people’s situations to end a historic sport at the Olympic Games, everyone who loves sports should raise their voices for boxing, today the WBC takes action against this possible risk and launches the campaign ‘Yes to boxing in the Olympics’.

“We want everyone to participate and sign this initiative, we must unite and make a common front.

“Today, for example, I had the opportunity to talk with Lennox Lewis [Olympic and world champion], who categorically disqualifies this proposal from AIBA.

“We are the voice of boxing and it is our responsibility to defend the right to participate in the Olympic Games.”

The campaign calls for the world boxing community to unite “through this petition to plead the continuation of the sport of boxing in the Olympic Games”.

“Even though amateur boxing and professional boxing are two completely different sports, they have a direct relationship,” Sulaimán added.

“Eleven years ago, a new President was elected CK Wu, after a long reign by Mr [Anwar] Chowdry who had made changes in amateur boxing that were creating important problems in the sport, specially with the scoring system and the huge scandals with results in competitions.

“Wu’s administration brought AIBA to its worst level in history and is still challenging the survival of the federation.

“Seven years ago, my father led the WBC to challenge AIBA’s policies and began a world campaign against the practices which have placed amateur boxing on the verge of disappearing.

“Wu instituted programmes which are intended to eliminate amateur boxing and make all boxers professionals.

“AIBA created a system in which they would become promoters and managers of boxers and tried to have professional boxers compete at the Olympic Games.”

An investigation into AIBA governance by the IOC is currently ongoing, run by its chief ethics and compliance officer, Paquerette Girard-Zappelli.

Among the problems cited by Bach in the organisation were the “preparations for the Extraordinary Congress in Dubai and the way the new leadership was, I cannot say elected, but promoted or installed.”

Rakhimov was chosen to replace Franco Falcinelli at the AIBA Extraordinary Congress in Dubai last month after the Italian interim leader decided to step down.

The Uzbek, who has been an AIBA vice-president since 2002, has alleged links to organised crime.

He has repeatedly been named as a mafia boss in the media although he has never been prosecuted of anything.

Last month, however, he was among 10 individuals the United States Treasury announced they were imposing sanctions on because they were allegedly associated with the alleged Eurasian criminal entity, the Thieves-in-Law.

AIBA claimed the 66-year-old was moved to the role in accordance with their statutes.

Falcinelli had originally replaced Wu, forced out of office after 11 years following allegations of financial mismanagement.

Rakhimov has been credited with finding a solution to the ongoing concern of a missing $10 million (£8 million/€8.5 million) loan, with the official reaching an agreement with Azerbaijan company Benkons MMC.

The world governing body have already described the IOC response as “extremely disappointing” as they hoped they would “have understood that the processes necessary to implement even more measures requires more time and that the positive steps already taken in recent times are evidence of AIBA’s strong efforts and willingness to reform”.

AIBA have published a progress report given to the IOC, as well as amendments made to their statutes at the Congress in Dubai.

The report can be found here while statute changes can be viewed here.

The organisation has stated they will “be in the process of a complete organisational review, which will lead to the ‘New Foundation Plan’ for AIBA” over the next six months.

“This plan and the recommendations produced will be discussed during the AIBA Executive Committee meeting in July and an update will be provided to the IOC in the requested April 30 report,” they said.