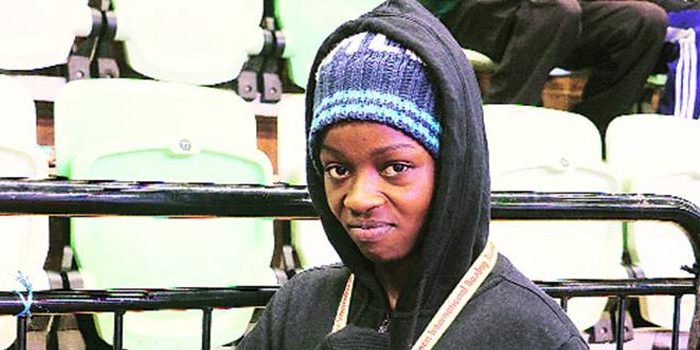 Veronica Mbithe had to fend off rape attempts before she even turned 12. A resident of Muthurwa, an inner-city slum in Kenya’s capital Nairobi, Mbithe escaped the clutches of landlords and neighbours before taking up boxing for self-defence.

“Because I was small, people thought I was weak. I’m a shy person, and usually quiet. Boys would disturb me because of that. I wanted to be able to defend myself, so I began boxing,” the 22-year-old flyweight told The Indian Express at the recent India Open invitational. “I’m in my fifth year now, and people treat me with a lot more respect.”

Mbithe is one of the many at-risk Kenyan youth transforming their lives through boxing. And at the heart of the transformation is a destitute gym running out of a dilapidated building.

Located deep inside the slum, the Nairobi Railway Workers’ Social Hall has been the site of Kenyan boxing’s fabled yesteryear, producing stars such as 1978 world amateur champion Stephen Muchoki and the country’s only Olympic gold medallist boxer Robert Wangila in 1988.

Thirty years hence, the largely-neglected structure, with its stained walls and broken windows, is giving underprivileged kids a fighting chance.

“If these children don’t find the right path, they will start mugging people. Doing drugs and stealing. Getting into bar fights with machetes and broken bottles,” says Charles Mukula, head coach at the Dallas Boxing Club. “Those who come train for hours, go home and sleep. Boxing keeps them safe.” Mukula, 49, was a top prospect before a hit-and-run left him unable to compete. After working as a coach for the Kenya Railways team, he took over the Dallas Boxing Club in 2006. But keeping it afloat has been an uphill battle.

“Till two years back we had no power supply, and only one punching bag and four pair of gloves to pass around. And when the ownership changed hands from Railways to the City Council, there was a lot of anxiety because everybody wanted their portion of the hall. They wanted to sell it to traders,” says Mukula. The steady contribution to the national team — two of the three boxers at the Rio Olympics, Peter Warui and Benson Gicharu, were from the gym — got the federation’s attention, who helped ease the pressure, at least for now.

“NGOs, donations also help. I am training about 15 elite and 10 youth boxers, so the federation has the incentive to assist too,” says Mukula. “But we are still nowhere close to the peak of 1970s and 80s.”

The Dallas Boxing Club has been a helping hand for at-risk youth in Nairobi.

Known for its long-distance runners, Kenya once boasted of boxing contenders at the Olympics, Commonwealth Games and world championships.

But economic and political turmoil in the 1980s resulted in reduced funding for the sport, at a time when cities worldwide hiked the prize money for various marathons. Now, with youth unemployment at 22.1 per cent in a country of 50 million, pursuing a career in the cash-strapped sport requires alternate income. Mbithe admits as much.

“I do inspire girls to come to the gym. They train for 3-4 weeks, and quit. I can understand. They depend on themselves, I depend on my mother.”

Mbithe works as an apprentice at mother Eunice’s salon. “I am safer that way. Other boxers, even when they are competing at the national level, need permission and time from their employers,” says Mbithe. “My mother has been a big support.”

That wasn’t always the case though. After weeks of peeking in through the window of the gym, Mbithe mustered the courage to talk to her mother.

“She was furious. She said, ‘boxing is for men. I have never seen a lady fight’,” recalls Mbithe. “So, I hid my boxing gear everyday and made some excuse. She finally got to know when I came home late after my first match. She lost it, but coach told her that I am good.” Mukula is a realist.

Though he admits that Kenyan boxing is on the up, he doesn’t foresee medals at the Olympics or Commonwealth Games anytime soon. For him, the achievements are much simpler.

“For me, it’s about training troubled kids and watching them become something. It’s like being a parent. I feel so good for them when they attend school, become somebody good and contribute to society,” says Mukula. “They have something to rely on, they are not going to get into problems.”

Mbithe, though, is willing to dream. Even though she was knocked out of the India Open tournament in the second round, the 22-year-old is counting the positives.

“This was my first time outside Kenya. And I realised boxing remains the same. You have to take it one step at a time. But the Commonwealth Games is a target. As a boxer, I have gained a lot of confidence.”

The confidence which keeps trouble at bay. “Now, the way I talk, the way I walk down the street, people know. This girl is not normal. This one is strong.”