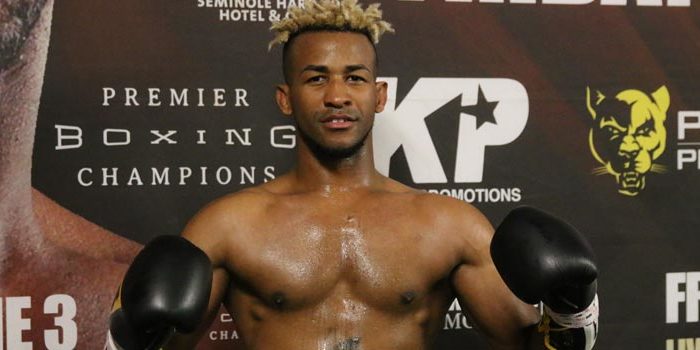 Barthelemy, who is trained by Ismael Salas and former world champion and Cuban boxing legend Joel Casamayor, can become the first Cuban fighter to win world titles in three weight classes with a win on March 10. Here is what Barthelemy had to say Thursday from City Athletic Boxing Club in Las Vegas:

“It’s in my character to take this rematch immediately. I was very happy once I found out everything was ready to go for it. I want to prove to the fans and to myself that I can do much better than I did in May. I want to show Relikh how much better I am than him.

“It’s on my mind all the time that I have a chance to make history for Cuban boxing. There have been so many great Cuban fighters throughout the years. I never imagined I’d be in position to make history myself but I know it’s a reward for my hard work and dedication.

“A fight with Mikey Garcia is something I want. I’m completely focused on this fight against Relikh and making history, but I would be prepared to fight Mikey Garcia soon.

“I’m going to change a lot heading into the rematch. Last May I wasn’t myself. I didn’t feel like I had my legs coming into the fight and I wasn’t able to perform how I usually do. This time my conditioning and nutrition is much improved. I’m going to use my legs and use my jab and put on a boxing clinic.

“There was nothing surprising about Relikh in the first fight. We knew he’d have power, but unfortunately I had to change my game plan when my body wasn’t cooperating. I traded shots and fought his fight. I’m going to stick to my plan this time.

“Throughout my career I haven’t paid enough attention to nutrition. It made my performances inconsistent. Bob Santos has come in and completely changed that. You’ll see my conditioning on fight night is the best it’s ever been.”