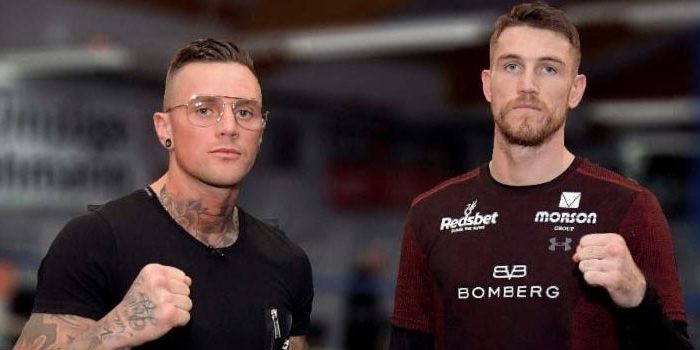 The Smith vs. Holzken card, starting at 2 p.m. ET, will air live in Canada, exclusively on Super Channel.

Holzken, an undefeated Dutch prospect, has replaced two-time world champion Juergen Braehmer, of Germany, who withdrew from the WBSS semifinals match due to illness.

“I have been battling a feverish infection since Sunday,” Braehmer explained. “Unfortunately, a fight in this state is out of the questions. It is not possible for me to go into the ring like this and I would like to apologize to my fans. I was well prepared and looking forward to fighting Callum.”

The Smith-Holzken winner will advance to the WBSS super middleweight championship final against World Boxing Association (WBA) and International Boxing Organization (IBO) Super Middleweight World Champion “Sir” George Groves (28-3, KOs), of the United Kingdom, June 2 at The O2 Arena in London, in a battle for the coveted Muhammad Ali Trophy.

Smith was the least tested WBSS semifinalist in terms of having faced quality opponents, as well as the youngest at 27. The undefeated Brit is one of four fighting Smith brothers.

“I gave an interview last week and said it was great there have been no drop-outs,” Smith said. “Looks like I spoke too soon. We got the call as we were boarding the plane. I am committed to fighting Saturday and will fight whoever the World Boxing Super series puts in front of me.”

The 34-year-old Holzken was preparing to fight Dmitri Chudinov in Saturday’s WBSS Super Middleweight Substitute Fight. He has had only four scheduled 10-round matches during his five-year professional career, the most notable being a win by 10-round unanimous decision in 2016 over Farouk Daku (20-9-1) for the vacant BeNeLux super middleweight title.

Holzken is determined to make the most of this opportunity by upsetting Smith, despite his obvious leap in class. “I’ve been waiting for this chance to come,” Holzken commented. “I signed up as a substitute fighter, so I’m in great shape and prepared for Saturday. I’ve watched Callum fight many times. I study everyone in my weight class. He’s a good, solid fighter. We’re both big body punchers. It will make for an excellent fight. Callum, you better be ready, because I am, and I’m coming to beat you!”

Five exciting fights on the “Smith-Holzken” card, presented by Sauerland Event, will air exclusively in Canada on Super Channel.

All fights and fighters are subject to change.