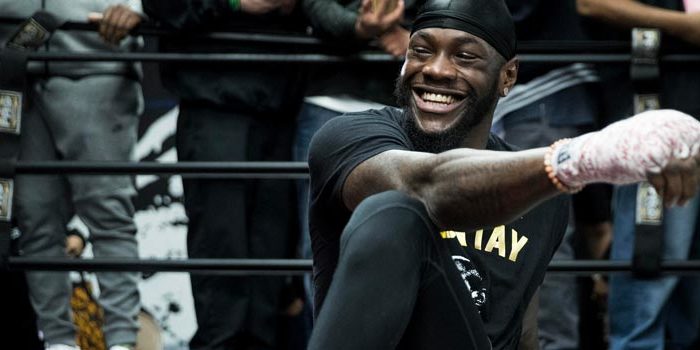 LOS ANGELES – Just days after the birth of his daughter, American heavyweight world champion Deontay Wilder met with members of the Southern California media on Thursday as he prepares to defend his WBC Heavyweight World Championship against fellow-undefeated challenger Luis Ortiz Saturday, March 3 live on SHOWTIME from Barclays Center, the home of BROOKLYN BOXING™. 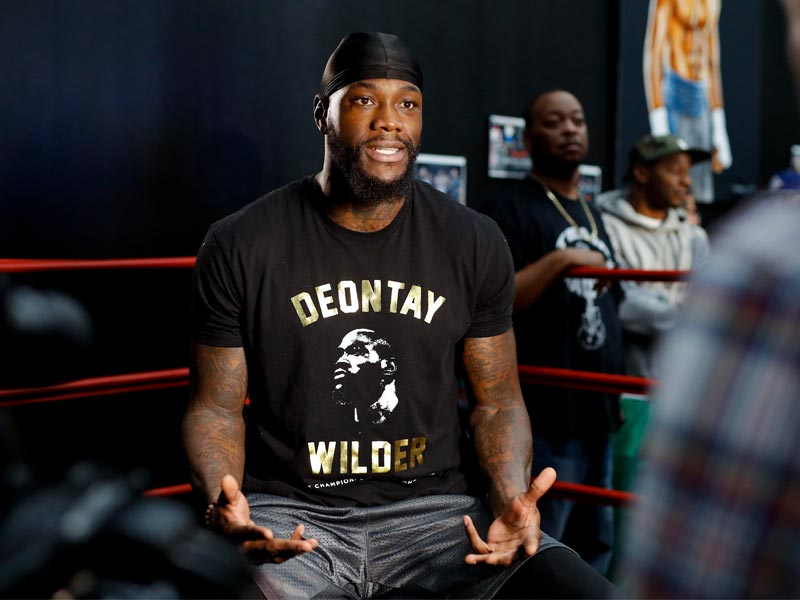 Wilder and his girlfriend, fellow “WAGS Atlanta” star Telli Swift, welcomed their daughter into the world on Tuesday before Wilder turned his focus to March 3, climbing in the ring at Team Watson Boxing Club in the San Fernando Valley to work out with his trainer Mark Breland, the former U.S. Olympics gold medalist and former WBC Welterweight World Champion.

The 32-year-old Wilder owns a perfect record of 39 wins, zero losses and 38 knockouts. Fighting out of his hometown of Tuscaloosa, Ala., he was a 2008 Olympic Bronze Medalist and is the only reigning American heavyweight world champion.  The 6-foot-7 Wilder faces the toughest opponent of his career in Ortiz, a 6-foot-4 Cuban who owns a professional record of 28-0 with 24 knockouts.

Here is what Wilder had to say on Thursday:

“Once I unify all the titles then line up the mandatories, I’ll easily get to 50-0. I’m not a 12-round fighter, and I don’t get overtime. I’m a knockout artist. So that being said, I don’t take much damage, but I give all the damage. I put people in the hospitals. I put people in stretchers. When you fight me your head is not the same when you leave. When you fight me you’re really signing a death warrant. 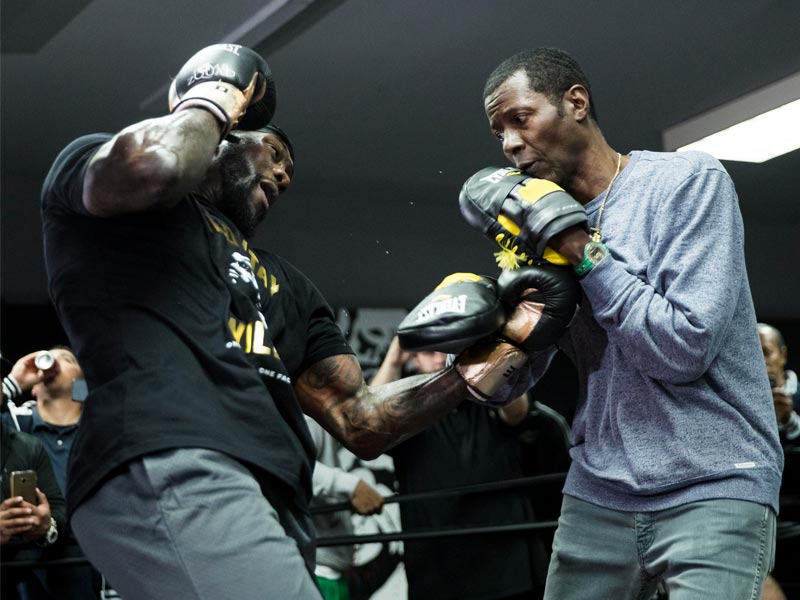 “This is one of the biggest fights of my career and I’m up for the challenge. I’m going to pass with flying colors.

“Ortiz has got that reputation of being the bogeyman but I’ve never been scared of the bogeyman. For that reason, I wanted him. A lot of people have been avoiding him, even champions that are champions to this day have avoided Luis Ortiz. But this champion right here took on the opportunity.

“If he fails again then somebody’s going to need to go whoop his ass. The public needs to whoop his ass. All of Miami should get up and do that. The first time, a lot of people spent a lot of time and a lot of money for tickets and he did what he did. A lot of people were enraged. I heard it and a lot of people blamed me, which I don’t know why. But, with this fight right here and what I did with my last performance, it makes it even better. It intensifies the whole fight. So, if he [fails his drug test again] then shame on him. I feel sorry for his soul and his life. I don’t think he’s going to do that. I think he has a lot of responsibilities in his hands right now. At this point in time he knows he needs to do the right thing. Three times is not the charm in all instances.”

On his lifestyle outside of boxing: 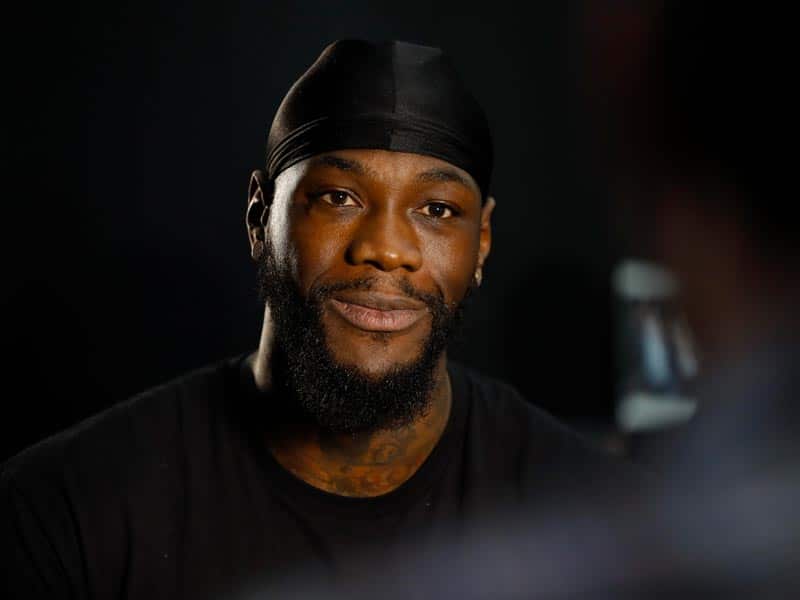 “I’m a laid back guy. In my personal life I’m just a cool, calm and collected dude that likes to live life and I love peace. Unfortunately, in what I do in the ring, I turn into the ‘Bronze Bomber’ and the ‘Bronze Bomber’ don’t get caught by no one.“

On being on reality TV and recognized by non-boxing fans:

“I think it’s very important. People need to know who the heavyweight champion of the world is. America got a bad man, an ass-whooper, right in America. I think it’s important and people should understand and should know who that is. That’s why I do the things I do. That’s why I’m so competitive. That’s why I speak the way I speak. Sometimes it may annoy people, it may get on people’s nerves and I never hear it in front of my face, but I understand it. I do it to show people that I’m going to speak it and you’re going to see me deliver it. I think you get the most respect when you say something you’re going to do and you do it. Look at Ali, people hated him. They say he was a big mouth who ran his mouth too much but he proved himself many times and that’s that thing I want to do. I want to speak what I say I’m going to do and you watch me work.” 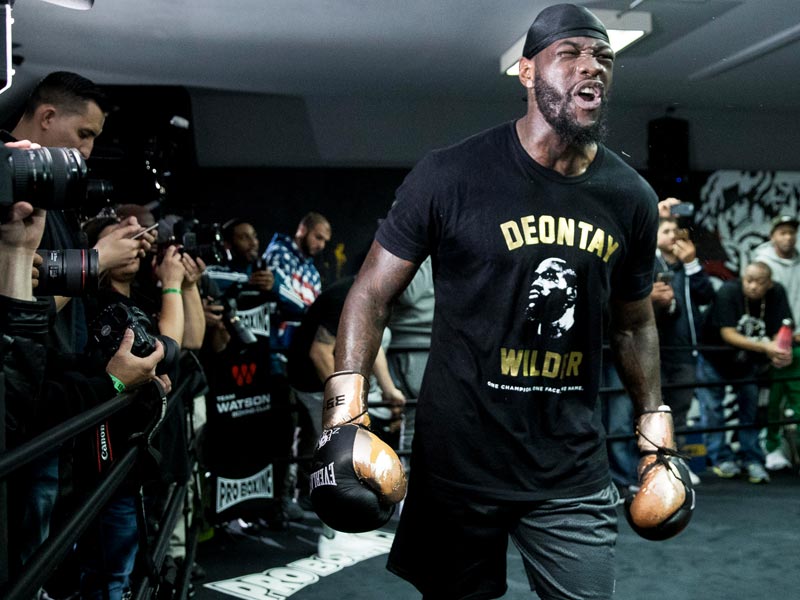 “I come in peace all of the time but with him, I don’t think Joshua wants to fight me. His promoters don’t want him to fight me. They’re on the goal of trying to build this resume, saying they want to be the first billionaires, stuff like that. But doing that, the plans all end with me. All roads lead to me. I’m not going nowhere, no time soon. They know black don’t crack. So, I’m going to be around for a long time. I ain’t the best heavyweight in the division. I’m the best heavyweight on this earth. I’m just waiting on the opportunity to prove it.”

“I’ve always said ‘later rounds’. I see that fight going later rounds if Joseph Parker is smart in what he does. He has nice movement and is able to execute on all of the opportunities that he sees with Joshua. Because Joshua can’t move his head. He’s a muscle, body-building type of guy. You’ve seen my dance? [chuckles] With that, if he’s able to calculate what he needs to do in the ring – because the ring has a lot of secrets – if he’s able to do things he needs to do, I see late rounds. But, like I said before, I think they’re going to have to knock Joshua out because they’re not going to give it to him.”

“People ask me the round and I always see threes. This year is a magical year. It’s the year of the 33. So, I see threes everywhere. I see three rounds or less, maybe shorter than that. It all depends on how I feel when I see him.”