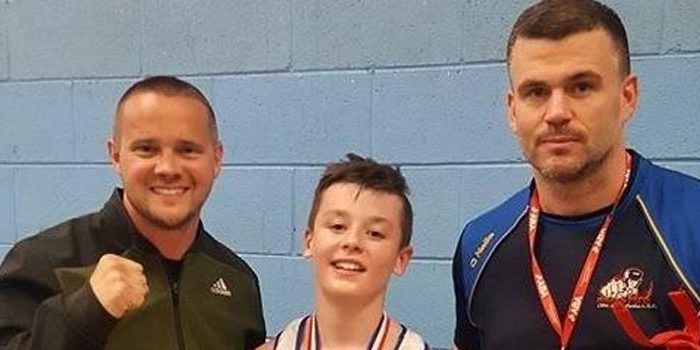 Mason Woodford and Luke Turner won Merseyside and Cheshire titles in Liverpool and now progress to the national pre-quarter finals this weekend.

Woodford dominated West Wirral ABC’s Jamie Smith to claim the 46kg minor class title for boxers born in 2006, keeping his opponent under pressure throughout with his high work rate.

Turner picked up the 50kg Class B belt for boxers born in 2004 by outpointing Anfield’s Annan Alenazari.

Despite boxing a taller opponent, Turner consistently scored with clean blows to take the victory.

Both fighters will now face champions from the Yorkshire region in the pre-quarters, also in Liverpool.