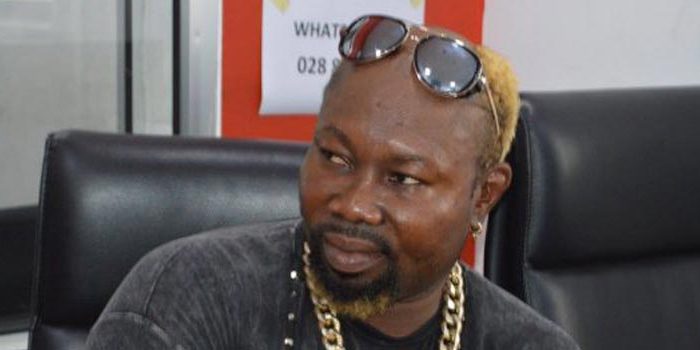 ACCRA — Ghana boxer Michael Okine, better known as Ayittey Powers, is currently in custody at James Town Police Station after he was arrested last Friday for visa fraud, according to local reports.

Okine is alleged to have taken several thousands of cedis from three individuals under the pretext of securing travel documents, but failed to fulfill his part of the bargain.

After fruitless attempts to retrieve their money, the victims lodged a complaint with the Greater Accra Regional Police Command, leading to the arrest of the suspect who is likely to be arraigned before court on Monday, May 14, 2018 for defrauding by false pretenses.

According to a MyNewsGH.com report, Okine’s relatives were spotted at the police station attempting to bail him out. Police authorities refused.

This is not the first time the boxer has been engaged in visa racketeering scandals and fallen afoul of the law.

In July 2014, he was reported to have also defrauded two residents of Kumasi to the tune of GH¢14,000, under the guise of securing travel documents for them to travel to Australia.

Kofi Asare and Prince Adjei Sarpong, also known as Nana Yaw, allegedly paid GH¢7,500 and GH¢ 6,500, respectively, as part-payment of the GH¢28,000 being charged for visas to enable them to travel to Australia for a boxing contest.

Documents purported to have been presented to the Australian High Commission in Accra for visa presents Asare as the boxer and Nana Yaw as the trainer. They were denied because the documents were found to be fake. Repeated efforts by the two men to obtain a refund of their money failed.

The document, on Ace Boxing Promotions letterhead, including the address 7 Wilonda Street, Robertson QLD 4109, signed by one Angelo Di Carlo, Promoter and Co-ordinator, indicated Asare and Nana Yaw had been invited to take part in a boxing tournament in Brisbane on Saturday, July 26, 2014.

Interestingly, the same document which describes the two alleged victims as males with passport numbers G0664044 and G0654978, respectively, refers to them as ‘ladies’ and ‘she’ in another section.

It is not known if his latest arrest is in relation to the same matter or another, but police have declined further comment on the matter when MyNewsGH.com sought for further clarity except to say they are investigating him for visa fraud and would arraign him before the court.