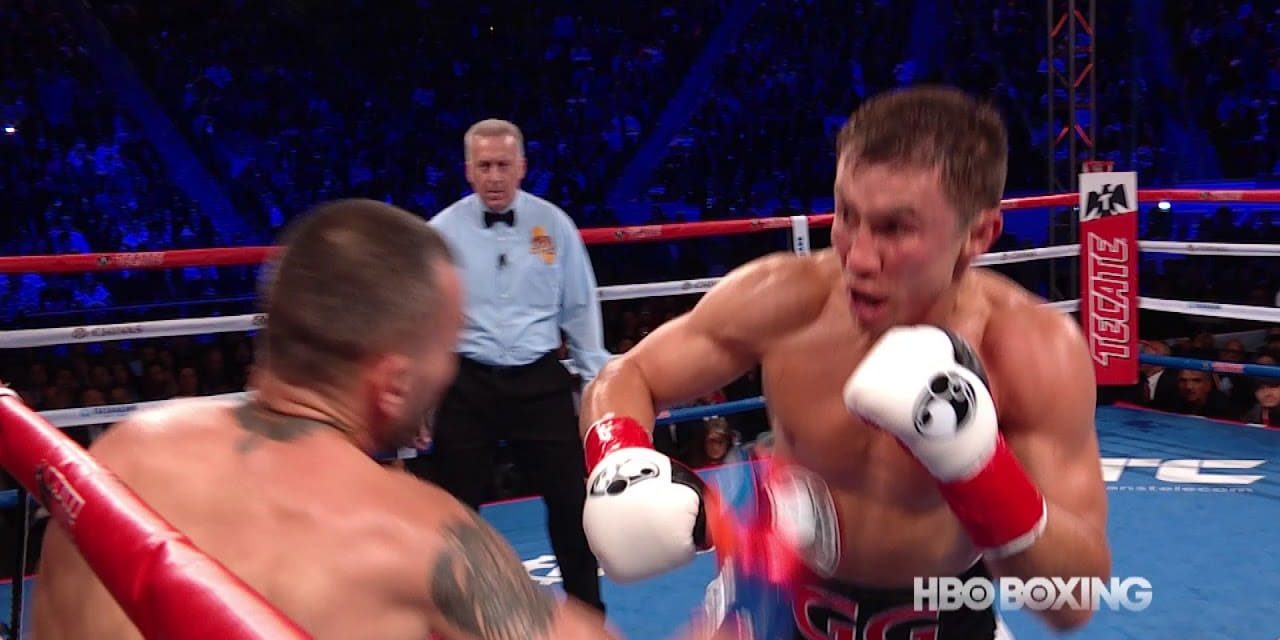 Golovkin viciously assaulted Martirosyan and knocked him out in the second round of a scheduled 12-round middleweight title fight that was every bit as easy for him as the lopsided odds suggested it would be. Golovkin (38-0-1, 34 KOs) hurt Martirosyan with a right uppercut early in the second round, followed it with an overhand right to the side of his head, two stiff jabs and another flush, straight right, before landing a crushing left hook that knocked down Martirosyan for the first time in his 13-year pro career.

A devastated Martirosyan tried to get up, but he couldn’t reach his feet before referee Jack Reis counted to 10. The official time of the stoppage was 1:53 of the second round, when much of the announced crowd of 7,837 erupted.

The 36-year-old Golovkin also owns the IBF title, but the IBF declined to sanction Golovkin-Martirosyan as a title fight.

Golovkin fought at StubHub Center for the first time since he knocked out Mexico’s Marco Antonio Rubio in the second round of their October 2014 bout. Rubio offered little resistance that night.

Martirosyan (36-4-1, 21 KOs), of nearby Glendale, California, lost by knockout for the first time. He briefly had some success late in the first round against Golovkin, but it didn’t last long.

Golovkin connected with a right uppercut very early in the second round. Martirosyan seemed buzzed by that punch and briefly went down to the canvas, but Reis ruled it wasn’t a knockdown.

Moments later, Golovkin cracked Martirosyan with the right uppercut that was the beginning of the end of their fight.

Martirosyan landed a right to Golovkin’s body late in the first round. He added a hard, overhand right, followed by a straight left to Golovkin’s chin just prior to that opening round ending.

Golovkin entered the ring as more than a 30-1 favorite, according to most Internet and Las Vegas sports books.

The lopsided odds were the byproduct of Martirosyan taking this fight on just 2½ weeks’ notice, moving up one weight class and ending nearly a two-year layoff against Golovkin. Before Saturday night, the 32-year-old Martirosyan hadn’t boxed since losing a unanimous decision to former WBA/IBO 154-pound champion Erislandy Lara in their 12-round rematch in May 2016.

Golovkin picked Martirosyan as Alvarez’s replacement over Ukraine’s Sergiy Derevyanchenko (12-0, 10 KOs), the mandatory challenger for Golovkin’s IBF title, Andrade and several other potential opponents who were willing to fight Golovkin on such short notice.

Golovkin and Alvarez were supposed to fight again Saturday night at T-Mobile Arena in Las Vegas, where they fought to a controversial 12-round draw September 16.

Mexico’s Alvarez withdrew from their high-profile, pay-per-view event April 3 because he was advised that the Nevada State Athletic Commission would extend his temporary suspension. The NSAC suspended Alvarez for six months April 18 for failing two performance-enhancing drug tests in February.

Alvarez insists that contaminated meat consumed in his home country caused him to test positive for clenbuterol February 17 and February 20. The former middleweight and junior middleweight champ expects his suspension to conclude after August 17 and wants to reschedule his second fight against Golovkin for September 15.