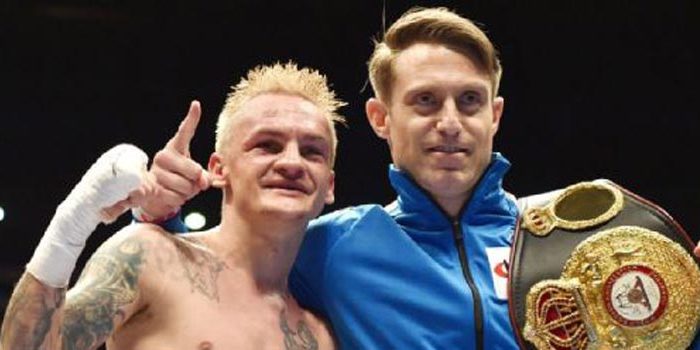 South Africa’s Hekkie Budler survived a knockdown in the final round to eke out a unanimous decision in an upset against Ryoichi Taguchi as he claimed two junior flyweight world title belts on Sunday at the Ota-City General Gymnasium in Tokyo.

All three judges scored the fight 114-113 for Budler, who was coming off a controversial split-decision loss to Milan Melindo in a September world title fight, after which Melindo lost the belt to Taguchi. South Africa’s Budler (32-3, 10 KOs), 30, a former strawweight world titleholder, got off to a strong start thanks to his combination punching and ultimately held off Taguchi’s late rally to win the unified 108-pound titles.

Taguchi picked up the pace in the sixth round and in the 12th round he dropped Budler with a counter left hook. Initially, referee Sam Williams called it a slip. But when the fight ended, and the replay was shown on large screens in the arena, the sanctioning body supervisors corrected the error and ruled it an official knockdown, though the additional point to Taguchi did not change the outcome of the close fight.

In the co-feature, strawweight world titlist Hiroto Kyoguchi (10-0, 7 KOs), 24, of Japan, retained his 105-pound belt for the second time as he survived a third-round knockdown to outpoint Vince Poras (13-1, 11 KOs), 19, of the Philippines. All three judges scored the bout 117-110 for Kyoguchi, who dominated the fight other than the third round, when Poras knocked him down with a left hook to the temple.