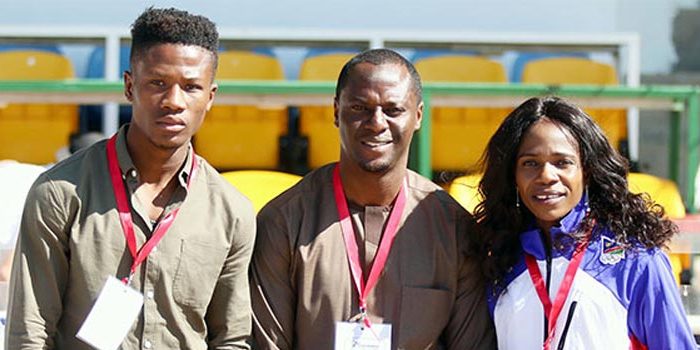 The two won gold medals in boxing and women’s marathon, respectively, at the Friendly Games held in Australia in April.

Speaking at the opening of the first-ever National Youth Games at the Independence Stadium yesterday, MTC executive Tim Ekandjo said the gesture was meant to inspire young and upcoming Namibian athletes to take sports seriously.

“MTC decided to award these two winners so as to show the young athletes that hard work pays off. Their performance in Australia was not for them as individuals, but for us as a country,” he noted.

Jonas beat Thomas Blumenfeld of Canada in the final of the 64 kilogramme category, while Johannes became the first Namibian woman to win gold at the Games after finishing first in a time of two hours, 32 minutes and 40 seconds.

Jonas said receiving the reward from MTC had made him proud, and will push him to work harder.

“This shows that my efforts are being recognised,” he beamed.

Johannes said what MTC had done for them would motivate younger athletes.

The government is yet to reward the athletes, because the national rewards policy has not been officially endorsed by the authorities.

Meanwhile, Ekandjo applauded the corporate companies which came on board as sponsors for the Games, saying this will help develop sports in Namibia.

Sponsors include NamPower, Coca-Cola, Namibia Breweries through their Aqua Splash product, the Namibian Broadcasting Corporation as a media partner, Meatco and Fishcor Namibia.

He further stated that next year, MTC will “paint the stadium and athletes blue” when it comes on board as the main sponsor of the youth games.

Competitions in athletics, basketball, boxing, football, judo, netball, swimming, tennis and volleyball are taking place at various venues in Windhoek from yesterday to tomorrow. Over 1 800 athletes and officials are taking part in the games, which will see a national team being selected to represent the country at the Region Five Games in Gaborone, Botswana from 7 to 16 December.