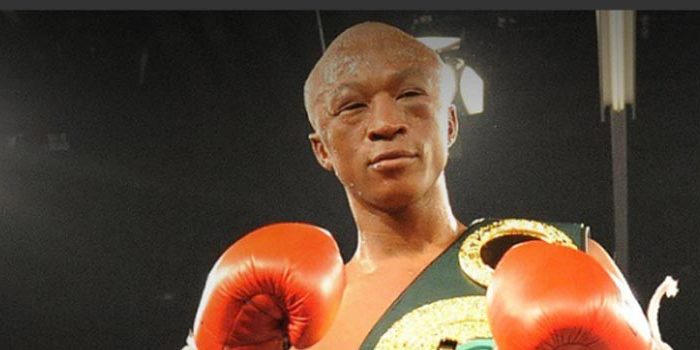 In a scintillating display of boxing, South Africa’s Gideon Buthelezi scored a unanimous 12-round points victory over Lucas Emmanuel Fernandes Leone of Argentina at the International Convention Centre in East London on Friday night.

The 32-year-old Buthelezi (52.10kg), affectionately nicknamed ‘Hardcore’ and looking sharp after his long layoff, came out fast at the opening bell to score with his southpaw right jab to the head and body of the heavily tattooed Leone (52.10kg).

Leone, 26, spent most of the fight following Buthelezi around the ring as he rushed in throwing wild punches with very few landing as the slick Buthelezi picked him off and even turned him around at times.

The Argentinian who is ranked at No 28 by the IBO never really got into the fight and looked like a lowly-ranked boxer through most of the rounds.

Leone had little going for him other than fitness and courage but few boxing skills.

The only time that he looked dangerous was in the last round when he caught the tiring Buthelezi against the ropes and staggered him with a swinging right hand.

However, the champion had enough left to weather the storm and emerge a popular winner.

The scores were 100-89 on all three judges’ scorecards.

In a clash for the vacant WBA Intercontinental junior-bantamweight title, Mexico’s Uliser Salvador Lara (51.70kg) knocked out South Africa’s Ntlanta Ngamntwini (50.80kg) in the third round.