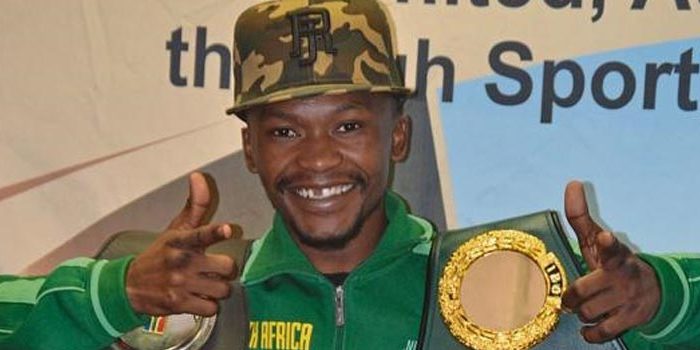 The Eastern Cape town of Mthatha will host its first world championship boxing fight when local hero Simpiwe Khonco returns to his birthplace on Sunday to defend his IBO mini-flyweight championship against Toto Landero of the Philippines.

Konkco last fought in Mthatha five years ago, but that was in defence of his SA title.

Since then he has gone on to better things, having annexed the IBO belt against Siyabonga Siyo two years ago.

The Landero fight will be his third title defence and potentially his toughest.

The Filipino is young and fast and showed in his recent WBA title fight against Thammanoon Niyomtrong that he stands his ground and can fight on even terms with elite fighters.

Indeed, one of his wins came against Vic Saludar, who the past weekend won the WBO championship.

Apart from the pressure of winning in his hometown, Konkco’s friendly rivalry with stablemates Moruti Mthalane and Hekkie Budler will also come into play.

Mthalane won the IBF flyweight title at the weekend and Budler owns the WBA and IBF mini-flyweight belts. Both boxers help him with sparring and neither will be impressed if he lets down their Johannesburg gym.

Despite being 32, Konkco is still relatively fresh, having had just 23 pro bouts in the past 11 years.

He’s always in the gym, his relentless style and strength making him a formidable opponent.

Since moving to Johannesburg three years ago, he’s tightened up his defence and learned how to impose himself, qualities he’ll need if he is to see off Landero in what has the makings of an entertaining fight.

On the undercard, exciting Makazole Tete, the brother of WBO champion Zolani, will challenge for the vacant IBO International bantamweight belt against Jonas Matheus of Namibia.