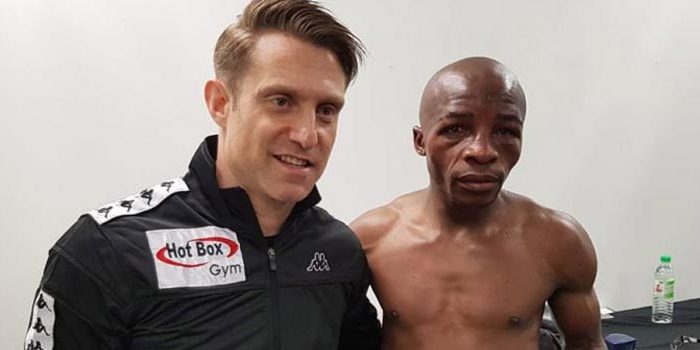 On the undercard of Manny Pacquiao-Lucas Matthysse, Moruti Mthalane regained his IBF flyweight title with a close but unanimous decision over Muhammad Waseem.

The 35-year-old South African turned back the clock and took an early lead, only for Waseem to close strongly. But it was too little, too late, and Mthalane claimed his old belt.

Mthalane held the IBF title from November 2009 until January 2014; he didn’t lose it in the ring and was instead stripped due to turning down a mandatory defense against Amnat Ruenroeng.

“It was a good win for me,” Mthalane told The Ring. “I’ve been waiting for this opportunity for a long time to be an IBF world champion again. I’ve been a world champion before, but because of some problem I ended up losing my title without throwing even a punch. But I have forgotten about that. I am very happy because I’m the new champion now.

“It was a good fight, but it was tough. Waseem was ready because he wanted to be a champion as well. At the end of the day I’m the one who was victorious. I think most people enjoyed that fight. Two boxers throwing lots of punches.”

It’s been a long road back, but one he and his manager/trainer, Colin Nathan, had complete belief in.

“When Moruti came to me, his career was stalling, there were no opportunities, people thought his career was dead and gone and it was a noose around my neck,” explained Nathan. “I stuck to my guns and I had a plan; we got three fights and I had a vision and it came true.

“He trusted me and believed in me, and when you have a fighter who has that kind of trust and commitment in your managerial skills and what you can do, it’s awesome to come together.

“I’m very proud of Moruti. I love all my fighters and I appreciate all the fighters who have been loyal to me and give me 100 percent. And it also proves that if you’re patient and you trust what you need to do and you trust the situation, things will happen.”

Nathan and Mthlane, along with the rest of their team, arrived Tuesday morning in South Africa to celebrations at the airport.

It’s early days and Mthalane will take some time off and enjoy his victory, but soon talk will turn to what is next.

“I definitely think Moruti will have one more this year,” said Nathan. “This was a tough fight. We’re already starting talking about a unification, but that’s not going to happen within the next three or four months. I’d like to do a fight toward the end of the year; it’s a possibility that it will happen in South Africa.

“Things are changing in South African boxing, talents coming through. Right now I’m kind of overwhelmed because it’s a big win for Moruti on a big stage. I want to enjoy this moment with Moruti.”

Perhaps if the stars align, Mthalane and his stablemate, RING/WBA/IBF junior flyweight champion Hekkie Budler – who also enjoyed a big title victory on away soil – will defend their respective titles on the same card.

“Anything is possible and I think it would be massive, and I would love to explore that opportunity,” said Nathan, who runs Hotbox gym in Johannesburg. “Obviously it’s going to take a lot of funding and backing, but if you dream it you can do it. And I think South African boxing is on a high, so let’s possibly look at it and strike while the iron’s hot.”