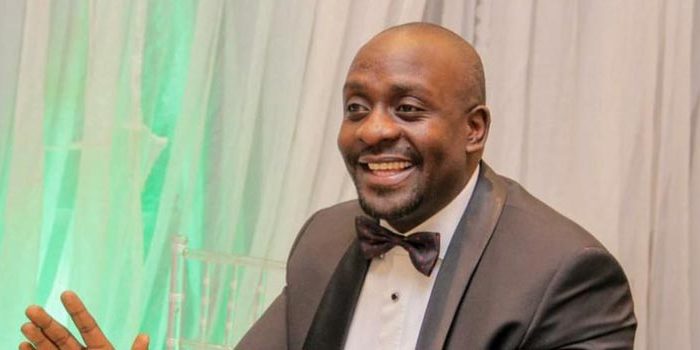 Top two aspirants for the Boxing Association of Kenya (BAK) Presidency have intensified campaigns as they seek to reach out to the electorate in their countrywide tours.

Antony Otieno Ombok aka ‘Jamal’ and Kennedy ‘Kentrack’ Otieno have been traversing various parts of the country to sell their manifestos with zeal and vigour ahead of the November 16 polls.

The duo have since taken their BAK election campaigns to the next level after incumbent John Kameta announced he will not be defending his seat.

Kameta made the announcement during the third leg of the BAK League at Uwanja wa Mbuzi in Mombasa. The void left behind by Kameta has since made Jamal and Kentrack the front runners for the top seat previously held by retired Major General Peter Waweru and Marsden Madoka.

Jamal said he has good plans in his manifesto and has since identified areas he wishes to address in the first 100 days should he get the top seat.

He said he will enhanced technical capacity of the judges, referees and coaches through relevant programmes. He has also promised to equip all the boxing clubs with the requisite and right boxing equipment as well as Increase inter county boxing tournaments.

He said: “This will make it easier to identify boxers to represent counties and Kenya at large in various boxing competitions. We will restore the integrity in boxing leadership and governance, through team work and revival of all the dormant boxing commissions while also introducing bilateral boxing club exchange programs.

The revival of commissions at BAK is also in Kentrack’s election manifesto. Kentrack is the brains behind Nairobi’s Kentrack Club that participates in the national league. Kentrack said if elected president during polls slated for November 16, he will prioritise resuscitation of the coaches, boxers, judges and referee and finance commission.

Kentrack, whose slogan is ‘Haki na Usawa’, disclosed that the coaches commission will be tasked with ensuring a competent technical bench is put in place to promote fairness and transparency in national team selection. “Boxers will be able to freely express their views and concerns through their commissions while the judges and referees commission will help end the cartels that have ruined the game and careers of many boxers through biased officiating and corruption,” said Otieno. Kentrack is the BAK Nairobi County chairman while Jamal is the BAK Nyanza branch boss.

Jamal has vowed to incorporate schools in the structures he intends to set up for identifying and nurturing boxing talent if elected the president.

Kentrack, a Nairobi-based entrepreneur with interest in real estate, transport and petroleum industry, said he will use his business links to draw sponsorship into boxing, which will help fund the youth programs and create a large pool of talent for national team selectors.