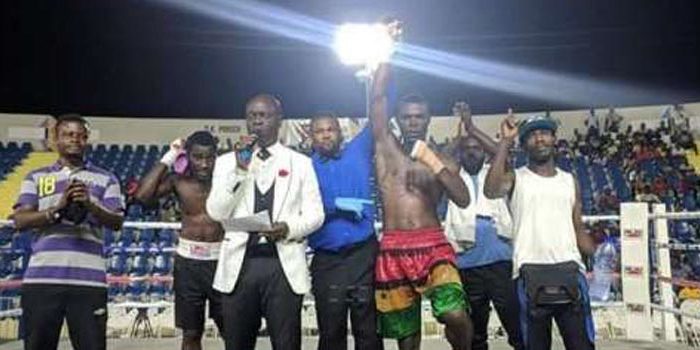 Mr. Perry Okudzeto, Deputy Minister of Youth and Sports in Ghana, has described the ongoing “Bukom Fist of Fury” Boxing League as a laudable concept.

The Minister believes it will serve as preparatory grounds to unearth more of Ghana’s talent, many of which haven’t been discovered. The nation has a rich tradition in boxing. Bukom is considered the breadbasket of Africa boxing, having birthed legends such as Azumah Nelson, Ike Quartey, Joshua Clottey, Joseph Agbeko and Richard Commey, among others.

Mr. Okudzeto said the league would also serve as preparatory grounds to select boxers to represent Ghana at the Olympic Games and the African Games in future.

The Deputy Minister, who opened the second week of the league at the Bukom Boxing Arena over the weekend, with a flag hoisting ceremony said boxing remains the number one sport in Ghana. He also added that he admires the passion with which the people of Accra have placed on the sport.

He called on fans to protect sports facilities, of which there are few in the country, noting that they were trying to leave a legacy by constructing more sports facilities across Ghana. Bukom Boxing Arena is currently a treasure.

The Deputy Minister commended the juvenile boxers and their coaches as well as the amateur and professional boxers for their performance on the day.

“In fact, all boxers showed promise at Bukom Fist of Fury League, even losers were not disgraced,” he added.

There were 16 amateur bouts after the juveniles have performed. Members of the Black Bombers representing their clubs had to rely on experience and ring generalship to defeat some budding rising stars.

Bukom Fist of Fury is long overdue. As it continues to gain steam, the cream will rise to the top. And it’s likely that it’s popularity will grow in the process. Stay tuned for more news on this phenomenon.