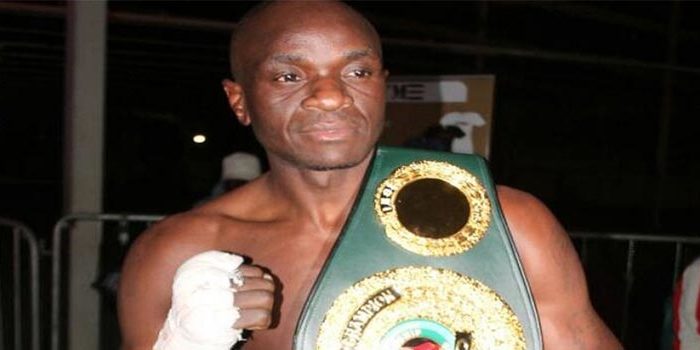 CHAMUNORWA “Sting” Gonorenda will be back in the ring this Friday when he puts his World Boxing Federation All Africa cruiserweight title on the line in a potentially explosive rematch against Nigerian Tony Salam in Lagos.

The last time the two boxers squared up at Harare International Conference Centre on August 31, Salam literally cried like a toddler as he felt the judges gave him a raw deal following a split decision loss to the Zimbabwean. But the England-based Nigerian has vowed to punish the defending champion at the Federal Palace in Lagos in the eagerly awaited rematch on Friday.

Gonorenda did just enough to retain his title in front of appreciative home crowd at the Harare International Conference Centre on August 31 after judges Phumeza Zinakile and Eddie Marshall both scored the fight 95-94 as the Zimbabwean improved his record to 12-12 (7), while local judge Patrick Mkondiwa had it 96-93 for Salam, now 11-2 (6). But Salam, who is trying to re-launch his career after a long lay-off, was not happy with the judges’ decision and he believes he will have the home-court advantage when he gets a second chance to show he deserves to be the WBF All Africa title-holder.

The event dubbed “Chaos in Lagos” will be promoted by Kalakoda Promotions and broadcast to more than 50 million potential viewers across the African continent under the Kwese Sports’ Friday Fight Night series.

“I clearly won the first fight.  Gonorenda knows it, the Zimbabwean crowd knows it, and the millions who watched on TV across Africa knows it.

“It is now personal. Gonorenda is going to pay, and this injustice will finally be resolved. I am not risking letting the judges decide my fate again, Gonorenda is being put to sleep,” Salam told Kwese ESPN. But Gonorenda told local reporters after the fight that he won clean and was prepared for a rematch.

“I fought like a champion, I was blocking his punches. In boxing it’s not about how many punches you throw; you can throw a million punches but what matters is how many land.