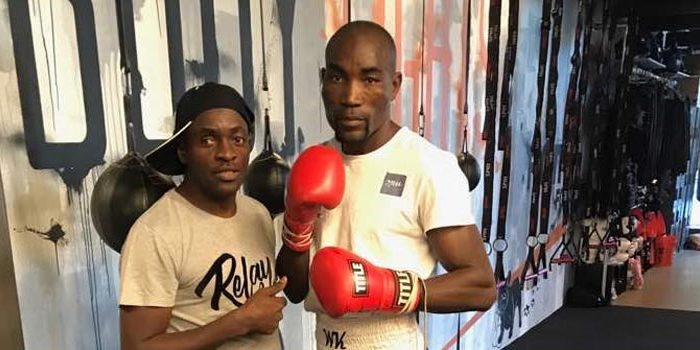 Undefeated middleweight Walter Kautondokwa and his team arrived in Boston to make final preparations for the big showdown versus Demetrius Andrade for the WBO world middleweight championship this Saturday, October 20th.

The team arrived in Boston on the 14th October and will have a hectic week consisting of media and television interviews while having to accommodate last minute tune up as well.

“We have been well received and treated by Matchroom, they are a professional bunch of people and we look forward to the big fight. We have a hectic week ahead of us, so many TV and media interviews but we need to remain focus in our final preparations ahead of Saturday. We know exactly why we are here and we look forward to getting the job done and stunning the boxing world with yet another big win” said Nestor.

“It is great being here but we are not on holiday. We have a huge task ahead of us. It was great to meet a legend like Freddie Roach and be inspired by his wisdom. I am looking forward to the fight on Saturday, and I want to thanks everybody for their support back home” said Kautondokwa

Kautondokwa is accompanied by Nestor Tobias and Siegfried Kaperu from the MTC Sunshine Promotions.