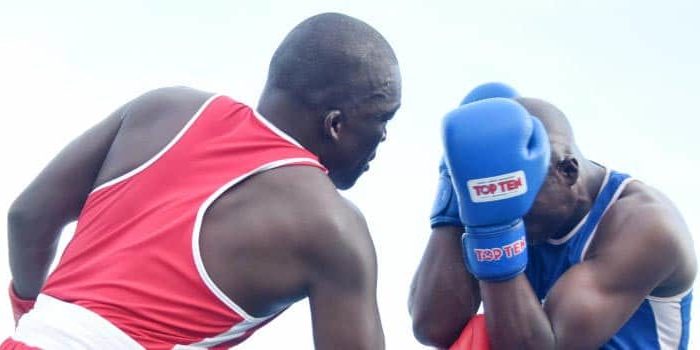 Former heavyweight boxer Anthony “Jamal” Otieno has vowed to incorporate schools in the structures he intends to set up for identifying and nurturing boxing talent if elected the Boxing Association of Kenya (BAK) president.

Otieno, a Nairobi-based entrepreneur with interest in real estate, transport and petroleum industry, said he will use his business links to draw sponsorship into boxing, which will help fund the youth programs and create a large pool of talent for national team selectors.

“I want boxing to be played from primary school up to college level just like in athletics, football and rugby,” said Otieno, formerly of Bahati Boxing Club.

The 40-year-old is ready to change the face of boxing in the country and restore pride in donning the national team colours.

“I have not been involved in boxing but those who were involved in the game before are the ones who have mismanaged the game. Kenya’s “Hit Squad” is now a laughing stock,” said Otieno who doubles up as the chairman of Bak Kisumu County.

“It will now be prestigious donning the national colours and boxers will be highly motivated during my reign. My team will weed out all these corrupt referees and judges and fairness will prevail,” he added.

With the Bak structure now embracing Counties as per the 2013 Sports Act, Otieno is keen on introducing regional competitions to complement the national league.

“Besides the league, we shall form inter-counties competition for both men and women boxers. We shall help clubs with vital facilities to prosper,” promised the father of three.

Otieno expressed delight in having support from the Ministry of Sports and Nairobi County government saying these are crucial components for the game’s development.

“There is no way you can do without these governments hence we will make use of the connections to benefit the game fully,” offered Otieno adding that he will cultivate good relationship with others sports federations notably Kenya Professional Boxing Commission and the National Olympic Committee of Kenya.

He called on the government to ensure that there is level playing field for all the contestants before the polls.