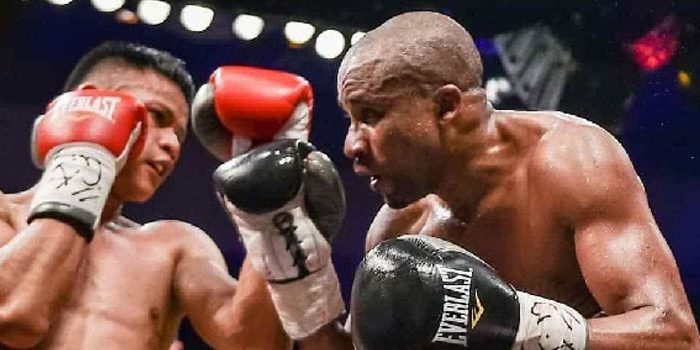 Ambunda came out aggressive in the first three rounds of the bout, forcing Ridhwan on his back foot with pressure and landing rights at will. To Ridhwan’s credit, he managed to land several shots during that time that busted up Ambunda’s nose.

Ridhwan picked up the momentum in round four, but Ambunda seemed to shift it back to him in round five, troubling “The Chosen Wan” with hard body shots. Ambunda continued to apply pressure in round six, though he was deducted a point. Ridhwan maintained control for the next three rounds, continuing to rock Ridhwan.

The countryman attempted to come out with newfound spirit and a second wind, trying to land a heavy strike that could stagger the Namibian fighter. That did not happen, though the final round was arguably the most even of the fight.

While one judge scored the bout in favour of the hometown hero, the other two scored it for Ambundus, giving the Namibian the split decision.