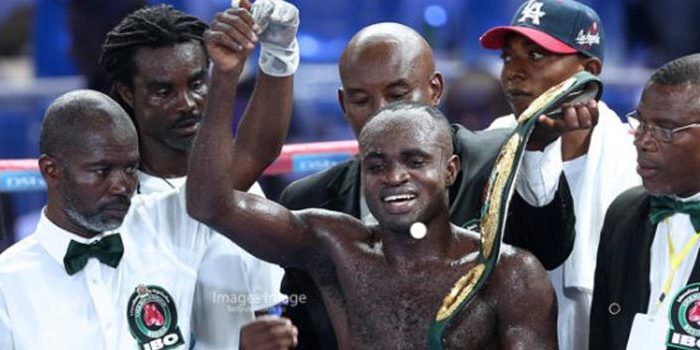 According to the 29-year-old Ghanaian, former manager Samuel Anim-Addo, Alex Ntiamoah and Otu Mangola hindered his progress by putting their own needs ahead of it.

Among other things, Tagoe, 29, 29-1 (14 KOs), Anim-Addo is a “selfish hypocrite,” alleging that Anim-Addo used Tagoe to further his own interests. This was done by using the money provided by Asamoah Gyan, founder of Baby Jet Promotions—Tagoe’s promoter—and using it on himself.

“Sammy is a hypocrite,” Tagoe declared during an interview with Agoo TV. “He only thinks about himself. He is the reason I was always in the news for bad reasons. He had no knowledge in boxing management but instead of leaving the job for someone who could, he stayed so he could fill his belly.”

“If Sammy had respect for me, he would have asked for my professional opinion before signing a new boxer to the same promotion I’m on,” he continued. “He signed a new boxer without the knowledge of anyone including our bosses, Asamoah Gyan and Baffour Gyan.”

Tagoe concluded he will not work with Anim-Addo going forward. Fresh off a dominant decision win over Namibia’s Paulus Moses, he says he’ll be targeting a world title. That would require him to significantly step up the quality of his opposition. Anim-Addo or not, fans won’t be appeased until that occurs.