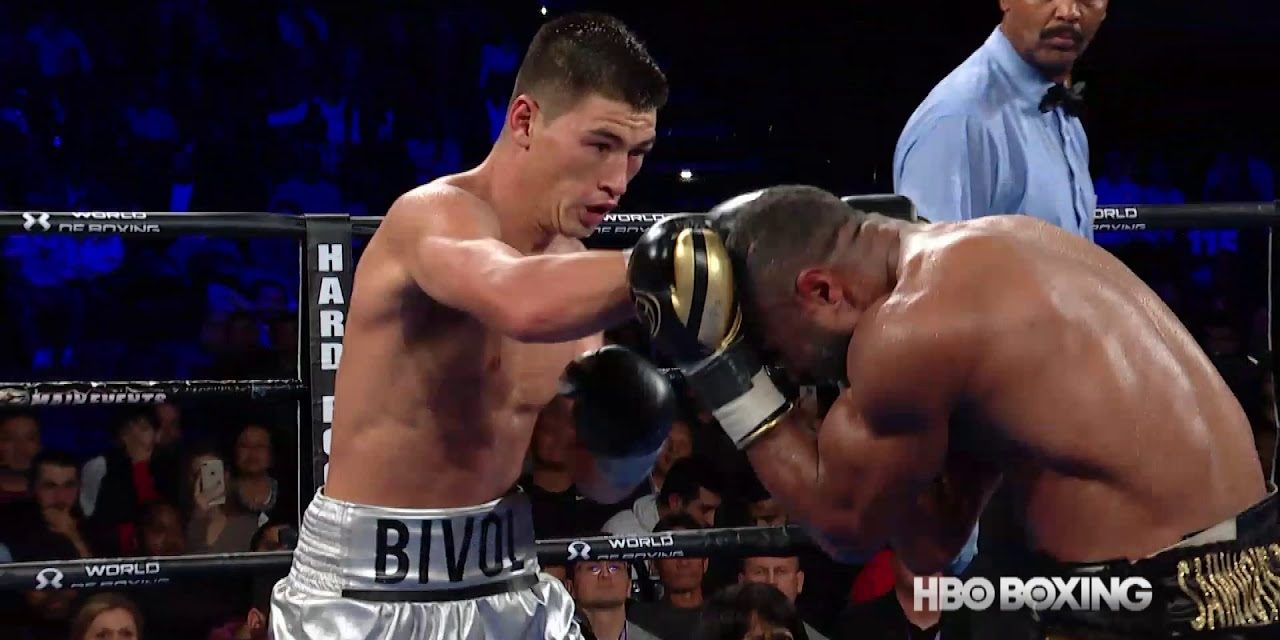 ATLANTIC CITY, New Jersey – Dmitry Bivol beat Jean Pascal on Saturday night. There’s no doubt about that. Whether Bivol’s performance in winning a unanimous decision has earned him the support of those that thought the younger, faster, stronger champion wouldn’t go the distance with this 36-year-old version of Pascal is another matter altogether.

Though clearly past his prime, Pascal courageously tried to hurt the heavily favored WBA light heavyweight champion, however awkward he might’ve looked doing it. Pascal also showed he could take Bivol’s hardest punches by going the distance with a fighter that had knocked out 11 of his first 13 pro opponents.

Bivol, meanwhile, failed for a second straight fight to knock down, much less knock out, a huge underdog.

Bivol (15-0, 11 KOs) did exhibit defensive skill in avoiding many of Pascal’s wild swings and completely controlled the distance against an experienced opponent. Bivol just couldn’t hurt an opponent who was stopped twice by former IBF/WBA/WBO champ Sergey Kovalev (32-3-1, 28 KOs).

“Every time we shoot for a knockout,” Bivol said through a translator during his post-fight interview with HBO’s Max Kellerman. “I try to show my boxing skills, also. I hope everyone was happy with the fight and I thank everyone for coming out to watch.”

The 27-year-old Bivol was consistently listed by Internet sports books as at least a 14-1 favorite entering their scheduled 12-round fight for Bivol’s WBA light heavyweight title.

Seven or eight years ago, a prime Pascal could’ve provided Bivol with a tougher test. On this night, though, the aged former champion simply didn’t have enough championship-caliber boxing left in him to do more than merely make the champion respect his power.

“He used his experience,” Bivol said, “and he [was] powerful in this fight.”

Bivol’s performance Saturday night was slightly more entertaining than his fight August 4 at Etess Arena because Pascal was more willing to engage than Isaac Chilemba. Bivol beat South Africa’s Chilemba comfortably on all three scorecards (120-108, 120-108, 116-112), but their 12-round fight amounted mostly to a monotonous match because Chilemba’s defensive style and lack of aggression limited Bivol’s ability to land impactful punches.

He had less difficulty doing that against Pascal (33-6-1, 20 KOs, 1 NC), who was too slow to hit Bivol cleanly and or to get out of the way of Bivol’s most damaging punches.

Pascal tried hard, yet often was relegated to lunging at Bivol, swinging wildly and missing. The challenger nearly fell down multiple times while attempting to hit Bivol.

Pascal backed into the ropes after absorbing that shot, but Bivol ran out of time to capitalize on that shot.

Bivol spent most of the remaining rounds landing at times, as Pascal awkwardly attempted to hit him. Bivol seemed to buzz Pascal with just over a minute to go in the fifth round, when Pascal held him tightly to keep Bivol from punching.

Bivol connected with a chopping right hand to the side of Pascal’s head with about 30 seconds to go in the seventh round.

Pascal, apparently determined to take one good shot at catching Bivol with a damaging shot, furiously unloaded a barrage of power punches early in the eighth round. Pascal connected with a couple of punches during that sequence, but Bivol blocked some of those punches, moved out of the way of others and waited for Pascal to tire himself out.

Bivol failed to pounce on the temporarily exhausted ex-champion in the ninth round and was wary of Pascal’s power for the remainder of their 12-round encounter.