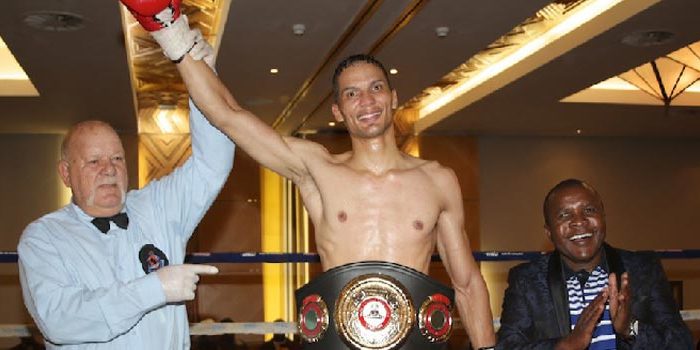 Namibia’s WBA Pan African super-welterweight champion Anthony Jarmann will be back in action against South Africa’s John Bopape during the Fox Sports African Boxing tournament in Durban on November 23.

Jarmann, who in June won the vacant WBA Pan African title in Mbabane, Eswatini (Swaziland) from Salehe Mkalekwa of Tanzania, takes on Bopape over eight rounds in a non-title international fight.

For Jarmann, it is an opportunity to keep himself busy and also to hone his skills before he defends his title early next year said Barry Lambert, senior adviser for Fox Sports Africa and promoter of Fox Sports Africa Boxing.

Jarmann has fought 18 times as a professional, winning 15 with two losses and a draw, while Bopape has won five and lost five since turning professional on 24 April 2016.

The 25-year-old Gaborone-based lightweight rose to the top of the pile after being given the opportunity by Fox Sports Africa Boxing to show his skills in a fight for the WBA Pan African lightweight title against Ayanda Nkosi, who holds the crown.

“It’s a massive opportunity for Steven,” Lambert said on Monday.

“The young man has been impressive, and has been eyeing a title fight for some time now. But we did not want to rush him into a major fight too early in his career. Now that he has had five professional fights we believe he is ready for the “big one”. The time has arrived, and Steven’s day to stand up and be counted among the best lightweights on the continent has arrived.”

What swayed the Fox Sports Africa Boxing top brass was Bagwasi’s clinical performances in his last two fights against Xolani Mgidi (South Africa) and Raymond Kaupula of the Democratic Republic of Congo.

In another WBA Pan African title fight, Akani Phuzi, who is undefeated in six professional outings, will defend his crown against Nigeria’s Afinni Abiodun over 12 rounds.

The big Nigerian has a fight record of six wins and a draw, and will arrive in Durban with a reputation of being a big hitter.

But so is Phuzi, who demolished Youssouf Kasongo Mwanza of the Democratic Republic of Congo on 2 September in Randburg.

The last time Africa Boxing were in Durban, there was a huge hype around Marc Subramoney, a Chatsworth heavyweight who pulled out of the fight at the last minute because of an injury sustained during sparring.

Even though the heavyweight fight was scrapped for that tournament at Sun Sibaya, a huge crowd attended the tournament.

And Fox Sports Africa Boxing made a promise to boxing fans that they would return with a heavyweight fight later in the year.

“We promised our boxing fans that we would source two credible heavyweights, and this long search has resulted in us finding Wilhelm Nebe, a local fighter, and Gilson Jeputers of Malawi. Both will be making their debuts,” said Lambert.

He added that this is the first seven-fight bill since their first Africa Boxing tournament in Nairobi, Kenya more than 18 months ago.

“We normally have five or at most six fights per tournament, but this being the final one of the year, we have decided to give the local fight fans something to remember especially over the festive period,” he said.

Tickets for the tournament are available via Computicket.