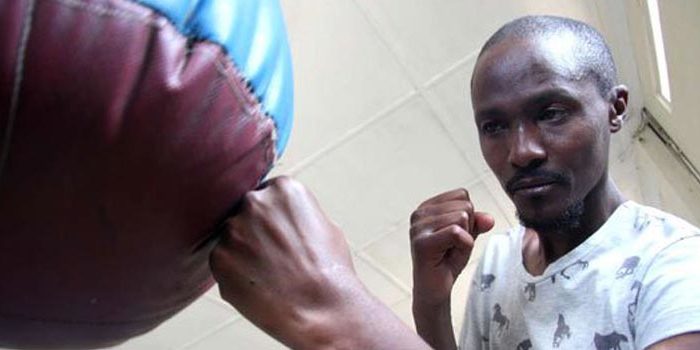 Bilali, who represented Kenya thrice at the Summer Olympics, has been struggling with alcoholism since his dismissal from the Kenya Police Service in 2012 for deserting duty. He has been living in abject poverty in Muthurwa, Nairobi since then.

Sonko rescue team led by Jamal went to pick Bilali, 40, from his dilapidated house in Muthurwa before checking him into Eden House Group – a rehabilitation centre situated in Parklands, Nairobi.

Jamal and his team, had earlier on checked on Conjestina, who is recovering at Nairobi West Hospital where she was admitted last Friday.

Sonko had ordered his team to airlift Conjestina from Siaya to Nairobi where she would be rehabilitated and offered a job by the county government.

Jamal noted that it’s a shame that Bilali is one of the many celebrated Kenyan sportsmen and women who had slumped into poverty despite boasting illustrious sporting careers.

Jamal said that while they are out to help the former boxer to stop abusing illegal substances, the ultimate change will start with him.

“This is one of Kenya’s great talent that can’t go to waste. This is a boxer who represented the country thrice at the Olympics hence upcoming boxers need to tap into his talent,” said Jamal, adding that after recovery, Bilali will also be offered employment in Nairobi County’s sports department.

“He will have to stop drinking and take up coaching, a field that he has been engaging in even at his current state. The choice is his to change or perish,” said Jamal, who is one of the candidates for Boxing Association of Kenya presidential elections on November 16.

Bilali, who represented Kenya at the 2000 Sydney, 2004 Athens and 2008 Beijing Olympics, said he slumped into depression in 2012 when he suffered memory loss after being knocked down by a vehicle several times during his morning training session.

“Doctors had to put a metal in one of my legs for support. I also had a nasty head injury,” said Bilali, who was awarded state commendation in 2007 by President Mwai Kibaki. “Things worsened when I separated with my wife and kids and also got dismissed from police service. My only companion would be alcohol and other bad substances since I was idle.”

Bilali thanked Sonko and Jamal for coming to his rescue and vowed to change. “I want to be a coach. I want to impart my boxing knowledge on upcoming boxers. All the knowledge I have can’t go down the drain,” said Bilali.