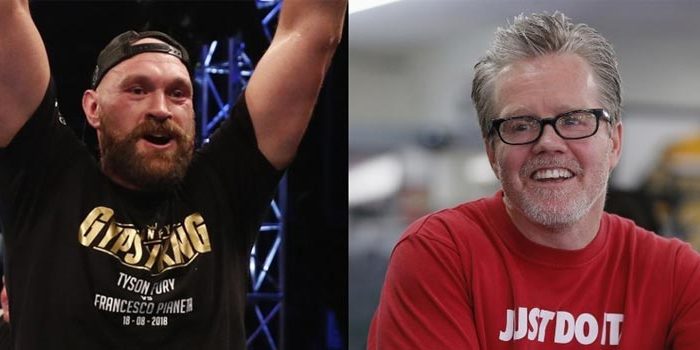 When lineal heavyweight champion Tyson Fury returned to the ring in June after a 31-month layoff caused by a slew of personal problems, he did so having made a major change to his corner.

Gone was his uncle and trainer Peter Fury, who was replaced by the heretofore unknown Ben Davison, who ran Fury’s camp and corner for wins in June and August against lesser opponents.

While Davison remains as Fury’s head trainer, Fury has added a giant of the boxing world to his corner in seven-time trainer of the year and International Boxing Hall of Famer Freddie Roach.

Roach will assist Davison for Fury’s hugely significant showdown with world titleholder Deontay Wilder, whom he will fight on Dec. 1 (Showtime PPV, 9 p.m. ET) at the Staples Center in Los Angeles.

“It’s really good to have Freddie’s experience around, giving us good pointers,” Fury said. “He’s also a very nice guy, so I thought I’d invite him to be a part of the team, and he can give us some good experience in the corner.”

Exactly what Roach’s fight-night role has not been specifically outlined, at least not publicly.

Fury trained at altitude in Big Bear Lake, where trainer Abel Sanchez allowed Fury to train in his Summitt Gym. But Fury said he always planned to shift to a lower elevation closer to the fight, and Roach’s gym was where he went.

“We always planned to move,” Fury said. “Big Bear was altitude training. We had 3½ weeks in Big Bear. It was very good. I loved every minute of it. But we moved down to sea level to train for the fight.

“We always intended to train down to Los Angeles, and then I asked for Freddie Roach in the corner because he’s been very hospitable to us. And I thought he’d be good if we got him in the corner as well, and gives us some tips and just helps out generally. He’s very experienced and he’s a very nice guy. It’s not a mind tactic to Deontay Wilder. There’s no mind tactic things going on.”

The fight with Wilder will be Fury’s third since winning the lineal title and three major belts in a huge upset decision over Wladimir Klitschko on his turf in Germany in November 2015. But Fury (27-0, 19 KOs), 30, never defended the titles as he went into the long layoff. Wilder (40-0, 39 KOs) will be defending his title for the eighth time.