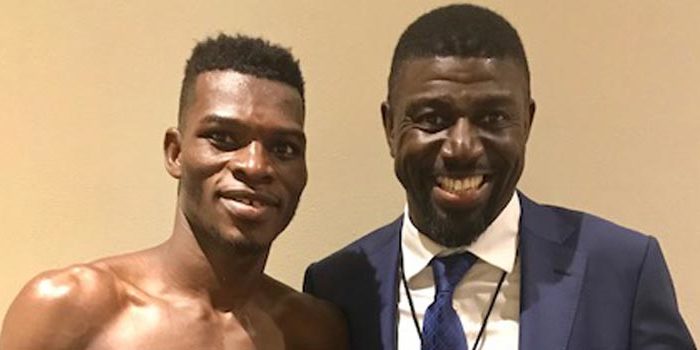 “I just didn’t have enough time to negotiate the Commey fight in the time the IBF required so I needed to vacate,” Garcia, 39-0 (30), told ESPN. “I have a lot of options but the fight with Spence is the fight I want.”

“He’s known Richard was the mandatory for months,” he said. “By holding on to the WBC title, this indicates that Garcia would like to return to 135 at some point, possibly against Vasyl Lomachenko. My thinking is that if Garcia thought Richard was an easy touch, he would have fought him in November, kept both belts and still fought Spence in February or March. Then he could have a big unification for all four belts versus Lomachenko, provided Lomachenko gets past Jose Pedraza.”

Negotiations between Garcia and Commey were to conclude by August 30. When that didn’t happen, a purse bid was called for September 25 and then postponed to October 2 at the request of Team Garcia.

The new date was cancelled when both sides reportedly reached an agreement. Team Commey sent in their signed agreement to the IBF in the time allotted by the sanctioning body. However, Team Garcia did not, forcing the IBF to call another purse bid, this time for October 30.

On October 29, Garcia announced his intention to vacate the title.

“To be honest, I’m not surprised at Mikey’s decision,” he said. “It’s clear that he or his team did not fancy facing Richard. They were hoping Richard would somehow go away, enabling him to keep both belts. He even stated that in one of his interviews; that mandatories may get other offers. He was basically saying Richard might get another offer somewhere else.”

Nevertheless, Commey will fight for a world title in his next bout. Russia’s Isa Chaniev, 13-1 (6 KOs), is the IBF’s third-ranked lightweight and the likely opponent. The IBF has called for negotiations between the two parties to commence—and be finalized by November 30. Team Commey is targeting a January showdown.

Commey and Amoo-Bediako have kept busy outside of the ring and the conference rooms as well. Following his fourth-round TKO over Yardley Cruz in August, Commey traveled to Ghana on behalf of Streetwise Foundation, an organized started by Amoo-Bediako to provide young boxers from less fortunate areas with boxing equipment.

Commey is the foundation’s Global Ambassador. With the help of his promoter, Lou DiBella of DiBella Entertainment, along with Everlast, Boxfit UK and others, they supplied fight accoutrement to the boxing gyms in Jamestown, Ghana, this summer.

UK-based Amoo-Bediako traveled to Ghana last month to oversee the program. “Jamestown is the first of many places we hope to help,” says Amoo-Bediako. “It’s a fishing town in Accra but in Jamestown, there is a small village area called Bukom. This area is unique as it is the home of Ghanaian boxing and has produced more world champions per square foot than anywhere else on the planet.”

“I have seen and experienced first-hand what is needed to help the children and the budding boxers in the area to help realize their dreams and to have the opportunities that Richard has had to be successful in this sport,” Amoo-Bediako notes.

“Setting up the Streetwise Foundation and having Richard as its Global Ambassador will give us the opportunity to spread the word and help this community so more world champions can be created and others can follow in the footsteps of the champions of the past and hopefully Richard Commey himself.”