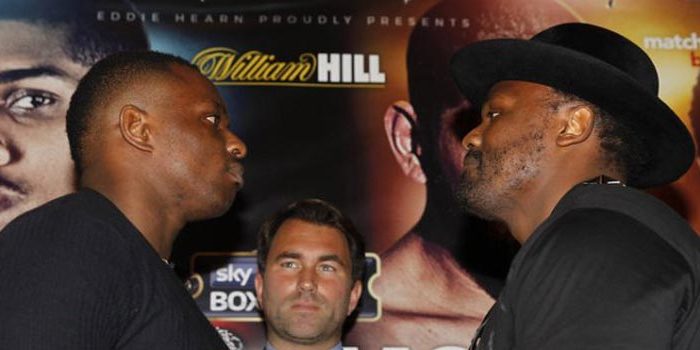 Promoter Eddie Hearn announced Thursday that Dillian Whyte and Dereck Chisora will fight again December 22 at O2 Arena in London. Hearn had said for several weeks that he thought a deal would get done for a rematch between these British heavyweights.

“BREAKING … Nearly two years ago they treated us to a heavyweight classic,” Hearn wrote in a Tweet. “Now, coming off the biggest wins of their career @DillianWhyte and @DerekWarChisora do it all over again. Dec 22 @TheO2 – The brawl to settle it all!”

Talk of their rematch began immediately, but Whyte also is in position to get a much more lucrative rematch against Anthony Joshua. Whyte, 30, is the WBO’s mandatory challenger for Joshua.

Joshua knocked out Whyte in the seventh round of their first fight in December 2015 in Manchester, England.