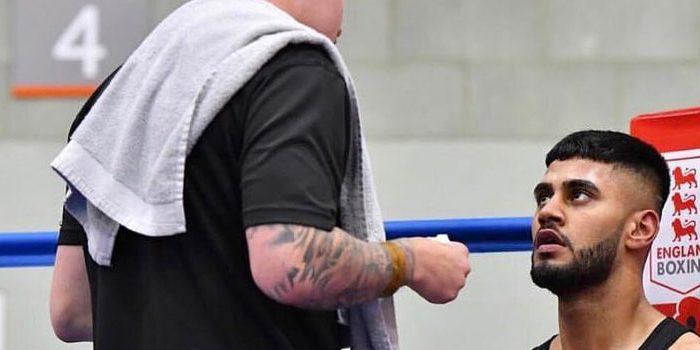 Amateur boxer Humza Ali is hoping for a big year in 2019 and is aiming for the 2022 Commonwealth Games in Birmingham.

The 20-year-old boxer grew up in Fenham and has always been a boxing fan.

He has gone from fighting on the street to dreams of representing his country and going profesiional.

“I got into boxing when I was quite young, my cousins were involved but they didn’t take it seriously, I didn’t either until I started progressing,” said Ali.

“I took a break from it when I was 15 for two years but when I came back I was naturally losing weight as I grew and felt as if I could get into shape and start competing.”

Motivation and ambition play a big part in the progression of young boxers. Ali trains at Kenton Boxing Club where he believes he is getting the best training and support possible to further he career.

“I’ve always been with the coaches from a very early age who have always been there for me and have helped me to keep pushing until I was ready to compete,” he said.

Ali is hoping for big things in 2019 after finishing runner up in the England Championships, despite carrying a shoulder injury.

The competition was a great experience for the Fenham fighter, finishing first in the regional competition and beating the Midlands champion before losing the final in Bansbury Oxford after a very close fight.

It was an experience Humza believes can only improve his ability and take him to that next level.

He continued: “I had some very good fights in a short space of time and it gave me that extra push to reach a new level of fighting which is giving me lots of hope for 2019.”

It’s not just 2019 that he is looking forward to either.

The ambitious young fighter has high hopes of reaching the Commonwealth Games in 2022 and the Tokyo Olympics in 2024 – with plans to go pro and hopefully challenge at the very top beyond that.

“I want to take small steps so first off I want to become more active and start competing again.

“Then I want to get through and win the ABA amateurs, from there move onto representing my country with the big dream to compete at the Olympics. Turning pro is the next step then the big dream is to win a world title.”

The young boxer isn’t short of confidence and has the right support from his family, friends and his team to go far in the boxing world and hopefully compete at the very top level.