ANTHONY JOSHUA was on hand to watch rap superstar Drake go through his paces in a London gym.

What better man to have critiquing your style than the WBA, WBO and IBF heavyweight champ gearing up for his own fight in the United States? 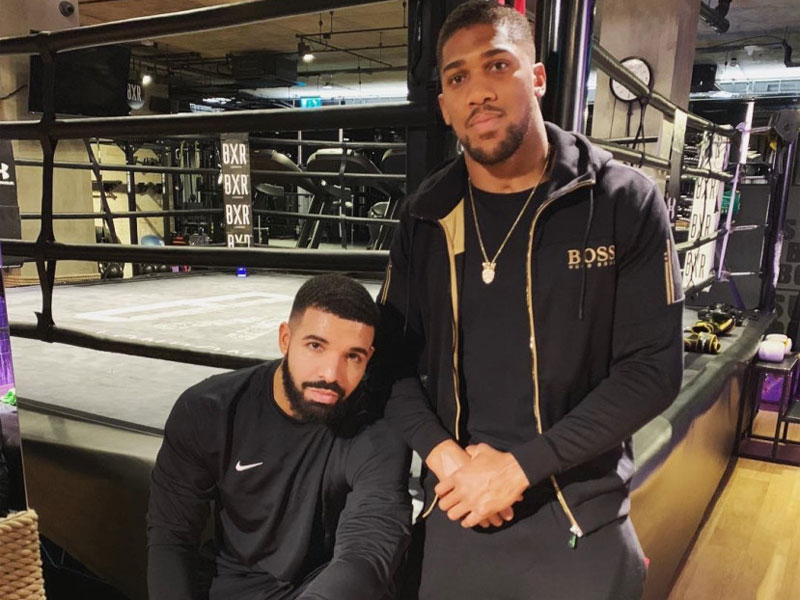 Canadian star Drake, famed for his Hotline Bling and One Dance smash hits, had strapping on his hands as he sat for a selfie with AJ.

Drake posted the snap to his 54 million Instagram followers and quoted London-based rapper Dave in the caption.

He wrote: “Walk in the rave, smile on my face, drink in my cup, hand in my jeans, man talk tough, man look up, down, left, right, straight to a bang in the teeth.”

Drake, 32, is big into this boxing and has taken up the sport to keep fit while out on the road touring.

And it was just a few days ago that he worked up a sweat while working on his reflexes with Jamie Reynolds, Joshua’s strength and conditioning coach.

As well as the heavyweight champ, Reynolds has also worked with Cristiano Ronaldo and Marcus Rashford to improve their fitness.

Drake, wearing boxing gloves, bobs and weaves his way past a ball being thrown at his head ahead of his UK and European tour.

Joshua will soon begin training camp for his June 1 fight against Jarrell Miller in New York.

And fans jokingly suggested Drake could be preparing for his own scrap after last summer’s spat with Kanye West.