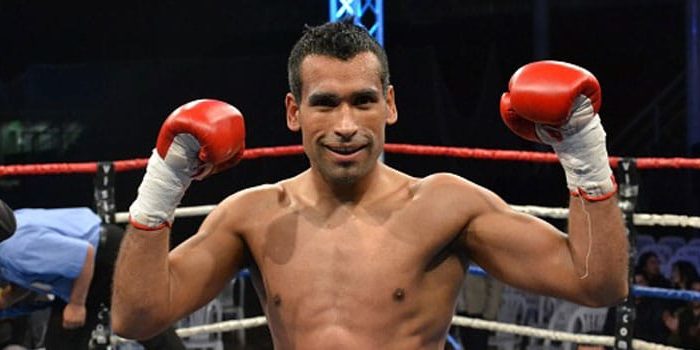 Veteran Argentine Sergio Eduardo ‘El Tigre’ Gonzalez is ready to give his all against Tanzanian rising boxing star Hassan Mwakinyo when he comes up against the East African in a 10-round non-title fight in Nairobi on Saturday.

Gonzalez arrived in Nairobi on Wednesday night for his first-ever fight on African soil that will be the main undercard in the event dubbed ‘Nairobi Fight Night’ where World Boxing Council (WBC) women Super bantamweight champion and Kenyan Fatuma Zarika will put her belt on the line against Zambia’s Catherine Phiri.

A veteran of 20 years in the ring, Gonzalez who was born in Tigre, Buenos Aires, a small town north of the Greater Buenos area of the Argentina capital, brings a record of 31 wins (15 via knockout), 23 defeats and four draws against Mwakinyo who has been a professional boxer for only four years.

“It feels great to be here in Kenya and I’m really looking forward to the fight. I have fought against boxers from all five continents and Africa was the only one missing, I’m pretty excited to be honest,” Gonzalez, who was in high spirits, told organizers.

Responding to Mwakinyo’s threat to knock him out during their fight on Saturday, Gonzalez was unfazed saying the better fighter will prevail.

“Everyone will prove himself in the ring but I’m very respectful of my opponent,” the fighter who has lost his last four fights maintained.

“I’m always looking out for a knockout and if I get the opportunity, I will go for it. Experience favors me and youth works well for him, so it will be a great fight,” the 40-year-old fighter emphasized.

Mwakinyo who has an unbeaten record of 14 victories (10 knock outs) and two draws arrived in Nairobi last Saturday from Britain where he underwent training for three weeks alongside Zarika ahead of his fighting debut in Kenya.

Gonzalez who is also registered as a boxing agent and promoters further hinted this would be among his last fights having made his professional debut in 2000.

“I will give it my all and leave the ring with my head held high no matter the result. I guarantee all fans who will come and the ones back home that this will be a fight to remember, there will not be a dull moment,” he promised.