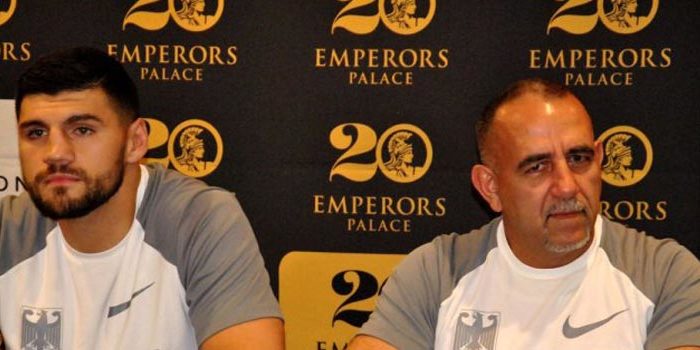 Artur ‘Thunder’ Mann (15-0, 8 KOs) has arrived in South Africa ready to realise his World title dream as he challenges Kevin Lerena (21-1, 9 KOs) for the IBO Cruiserweight crown on Saturday at the Emperors Palace in Johannesburg.

The 28 year-old Hannover-hotshot is full of confidence as he enters his first World title contest following convincing wins over teak-tough Russian Alexey Zubov and the previously undefeated Alexander Peil in his last two bouts.

Having added legendary Cuban coach Pedro Diaz to his training team, Mann believes everything is in place for a memorable victory as he goes behind enemy lines in an attempt to dethrone the Johannesburg-native.

“First of all, I would like to thank my promoter Team Sauerland, and Golden Gloves, for this great opportunity,” said Mann. “My dream has always been to box for World titles, but I never thought it would happen so quickly.

“I’m excited and extremely motivated to challenge Kevin Lerena for the IBO belt here in South Africa. I know Lerena is a tough opponent, but there are no easy fights at this level, and I wouldn’t be here if I didn’t think I could win.

“Lerena is a World Champion and deserves the utmost respect. He’s currently among the top five cruiserweights in the world, a position you have to earn. However, I believe I’m the more complete fighter, and I will give everything in the ring to prove I’m the better man, and to bring the belt back to Germany.”

“Pedro works meticulously. With him, a lot of the emphasis is placed on our physical fitness and getting the right technique, but above all, it’s on the tactics. He analyses each of his fighters and their opponents in great detail, and that amount of detail can make all the difference at World level.”

The IBO World Cruiserweight title showdown between Kevin Lerena and Artur Mann is a co-promotion between Team Sauerland and Golden Gloves. German boxing fans can watch all the action from the Emperors Palace live on Sport1.