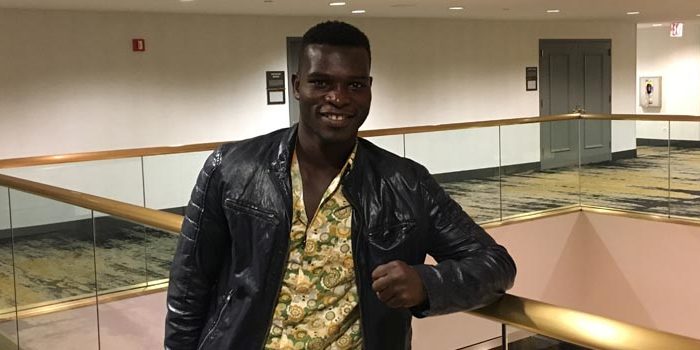 IBF world lightweight champion Richard Commey says breaking up with long-time trainer Lawrence Carl Lokko was a difficult but inevitable decision he had to make to push his career to the next level.

Commey parted ways with the veteran boxing trainer in 2018, relocating from Ghana to New York ahead of his bout with then-undefeated Mexican-American, Alejandro Luna.

Commey stopped Luna in six rounds in March 2018, which made him the IBF’s number-one contender. He followed that victory up with a second-round destruction of Yardley Cruz in August.

Afterward, Commey attributed the win to working with Rozier and also the sparring he’s been getting in the U.S.

In an interview with GhanaWeb TV, Commey praised Lokko, his former trainer, but also admitted that he has become a better boxer under his new trainers.

He stated that training with Rozier exposed him to some equipment he hadn’t encountered before, as well as new training drills.

“I needed to move forward that’s why I split,” said Commey. “If you know what you want to do and you see yourself, then you know what it feels like so if you get the chance to upgrade yourself, why not? Honestly speaking, the level wasn’t the same so breaking up with him and going to the United States to continue the training was necessary.

“Some of the stuff that they taught me [in the U.S.] that I didn’t know, they expected me to know and I did not know, I felt very bad. I went there and the way they train is different. Even though our coaches here are very good they lack certain equipment so the difference is clear.”

Commey has been gifted a car and an amount of GHC50,000 by Ghana President Nana Akufo-Addo and he has expressed his gratitude to the President.

He was billed to defend his title against unified lightweight champion and consensus pound-for-pounder Vasiliy Lomachenko on April 12 but the bout was called off due to an injury to the Ghanaian boxer.

Commey is expected to complete his recovery this week and begin full training.