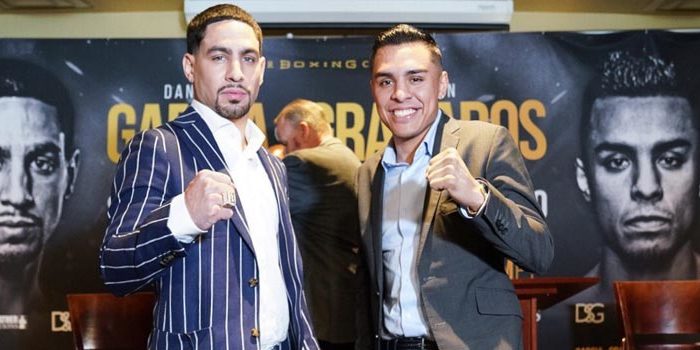 Battle-hardened veteran Alfredo “El Perro” Angulo will fight in the co-main event of the telecast, while exciting lightweight prospect and 2016 U.S. Olympian Karlos Balderas takes on Pedro Vicente in a six or eight round bout and highly-decorated lightweight prospect Omar Juarez clashes with Mexico’s Luis Gerardo Perez Salas in a four-round match to open the telecast at 10:30 p.m. ET/7:30 p.m. PT.

Heavyweight contender Andy Ruiz takes on Alexander Dimitrenko in a 10-round bout in the co-feature and unbeaten contender Brandon Figueroa battles Venezuela’s Yonfrez Parejo in a 12-round match for the WBA Interim Super Bantamweight title that opens the primetime FOX broadcast that begins at 8 p.m. ET/5 p.m. PT.

Tickets for the live event, which is promoted by TGB Promotions and Mayweather Promotions, in association with DSG Promotions, are on sale now. Tickets can be purchased at AXS.com or at the Dignity Health Sports Park box office from 10:00 a.m. to 6:00 p.m.

The non-stop block of boxing promises wall-to-wall action for fans who tune into FOX, FOX Deportes and FS1.

Rosario (18-1-1, 13 KOs) was busy last year, scoring victories in three of four fights in 2018, including wins over then-unbeaten Jamontay Clark and contender Justin DeLoach. He is coming off a stoppage victory over Marcos Hernandez in February on FS1, which avenged a split draw the two boxers fought to in 2018. The 23-year-old from Santo Domingo, Dominican Republic who now lives in Miami, Florida, will have his hands full against the hard-hitting Cota (28-2, 25 KOs). The 31-year-old Cota from Los Mochis, Sinaloa, Mexico has scored three straight knockout victories since losing to Erickson Lubin in 2017. He’s coming off a TKO victory over Euri Gonzalez in November

Balderas (7-0, 6 KOs) scored three stoppage victories in his fights last year and continues to progress up the lightweight ladder. The 23-year-old Balderas of Santa Maria, California, was a member of the 2016 U.S. Olympic boxing team and most recently stopped Jose Cen Torres in February. Vicente (6-2, 2 KOs) is looking to build on the momentum from his unanimous decision victory over Luis Miguel Ortiz in his last fight in January.

The 19-year-old Juarez (2-0, 1 KOs), who is from Brownsville, Texas, will be climbing back into the ring quickly after scoring a knockout victory over Phillip Percy in February. Salas (5-2, 1 KOs) is looking to rebound from back-to-back losses when he steps in against Juarez.